Actor Akshay Kumar, who will be seen in the role of a naval officer in his upcoming film Rustom, said that he envies people who wear uniforms and that wearing a uniform brought about a change in his personality.

“When I’m getting ready, I wear my navy trousers and a banyan inside. Till that time I am okay, normal. When the uniforms used to come – the badges, the cap – my walk completely changed. I started gliding. There is something about uniforms that it gives you a certain kind of responsibility. It just tells you, ‘You are the man, you take the charge, you do everything’,” said Akshay. 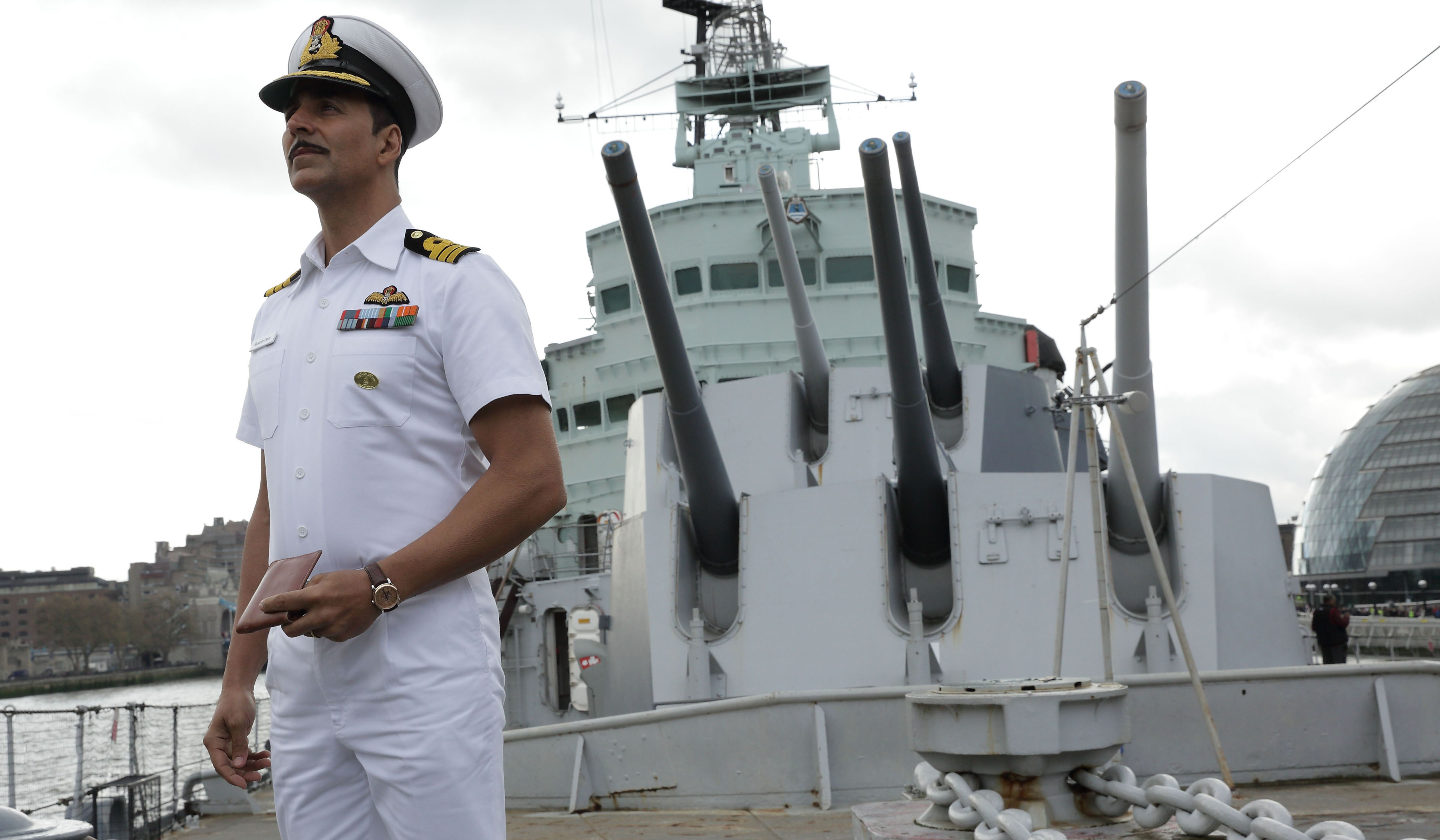 “When you see the movie, you will see that my walk has changed while I’m entering the courtroom or anything. So I envy these people who wear uniform. That’s why I also did the contest that whenever you see a guy in a uniform, take a selfie,” Akshay said.

Akshay has previously featured as an army officer in Holiday, an anti-terrorism secret agent in Baby, an Indian Air Force officer in Andaaz and as a cop in films like Aan: Men at Work, Khakee, Mohra, Main Khiladi Tu Anari, and Khiladi 786. He will also be seen as a lawyer in upcoming film Jolly LLB 2.

When asked about his preparation for the role of a naval officer, he said:

“I didn’t specially sit down and took books to learn about the navy rules and regulations. I didn’t interact with any naval men. Only there was one naval officer who was guiding me throughout about how the salute is, how the badges are to be worn, how the uniforms should be and how the walk should be.”

Akshay plays the role of a Parsi character in the film. Talking about his role, he added:

“I have a Parsi secretary-manager, she is the reference point. In my school time, there was a guy whose name was Rustom. We used to call him Dodo. I know Parsis very well. I can speak a little bit of the language. The only thing I did was that I copied my manager’s father’s moustache.”