There’s no doubt B-town is doing a lot of great things to entertain us. They work day and night to keep their audiences entertained, and more importantly to open up the creative platform of filmmaking.

What amazes me now though are the extravagant breathless stories we get to see, and extremely different collaborations coming along. Multiple producers are baking films, new on-screen duos, and now artists are exploring different mediums of film and stepping out of what they normally do.

Being a person who looks at film on a whole other scale other than just ‘entertainment’ level- it intrigues me the most to see who is writing these stories and who is trying out something different?

About two weeks ago Anushka Sharma, who started off on-screen in a Yash Raj Film, Rab Ne Bana Di Jodi with Shah Rukh Khan posted this photo on Instagram. When I scrolled through my feed I couldn’t really grasp onto the caption. Imtiaz Ali, Anushka Sharma and Shah Rukh Khan are scripting a film together!? It sounds crazy, but sounds like the perfect trio.

Imtiaz Ali who has gone from Socha Na Tha to Love Aaj Kal, Highway and many more- is such a realist when it comes to cinema. Then there’s well…KING KHAN the Raj every girl dreams of being with, but Shah Rukh is full of knowledge and to see some script or story work from his perspective seems extremely fascinating. And the powerhouse-talented Anushka Sharma who is not only a terrific actress, but holding her own production company on her shoulders and now this.

The new trio has not announced anything, nor have they shared much info about the new project they are working on together, but its extremely intriguing to see what they are up to.

Shah Rukh posted this image of him and Imtiaz Ali. It seems the trio has traveled to Prague to venture out for their new characters and story… he captioned it as:

“I am a cage, in search of a bird.” Kafka in Prague. In our case we r only trying to discover characters in our film. 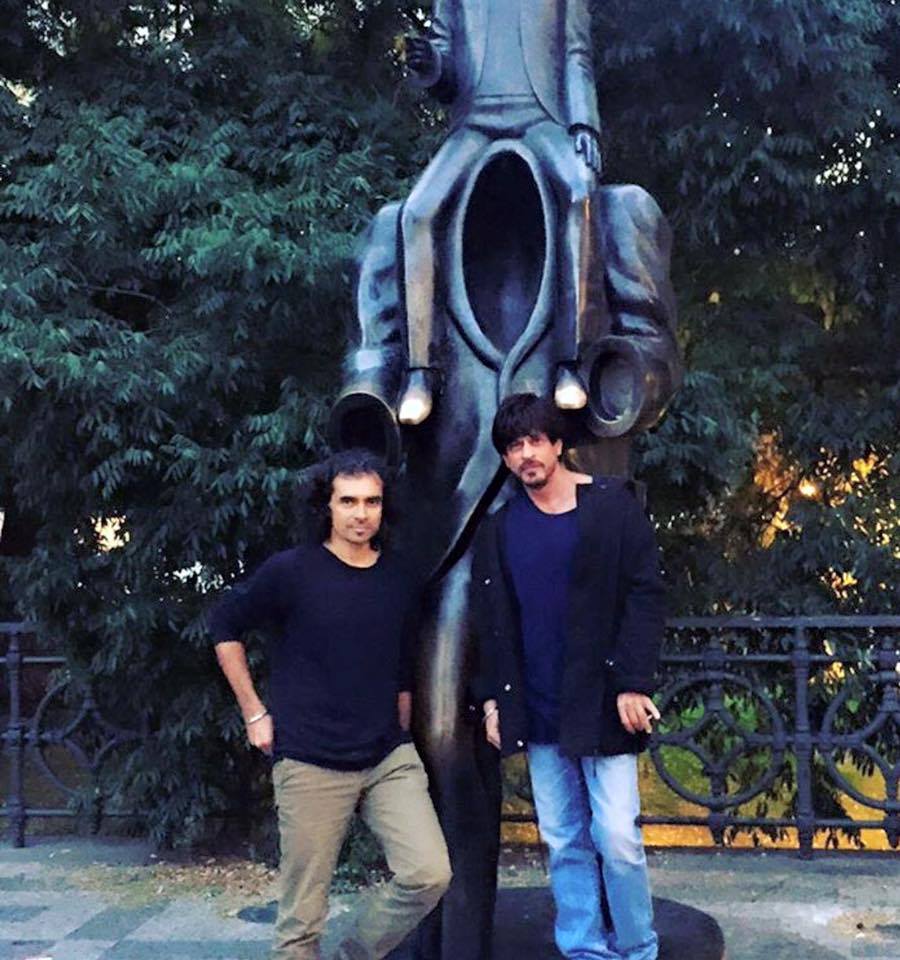 Anushka also posted a photo today taken by Imtiaz himself.

I personally cannot wait to see what creative ideas the new trio comes up with and hope to see some good work out of the ‘secret project’!