New poster of Hindi film YEH TOH TWO MUCH HO GAYAA was launched in Mumbai by director Anwer Khan,producer Ali Unwala and co producer T Nillay Pande.The film is made under the banner of M A Entertainment and Trinity Films. 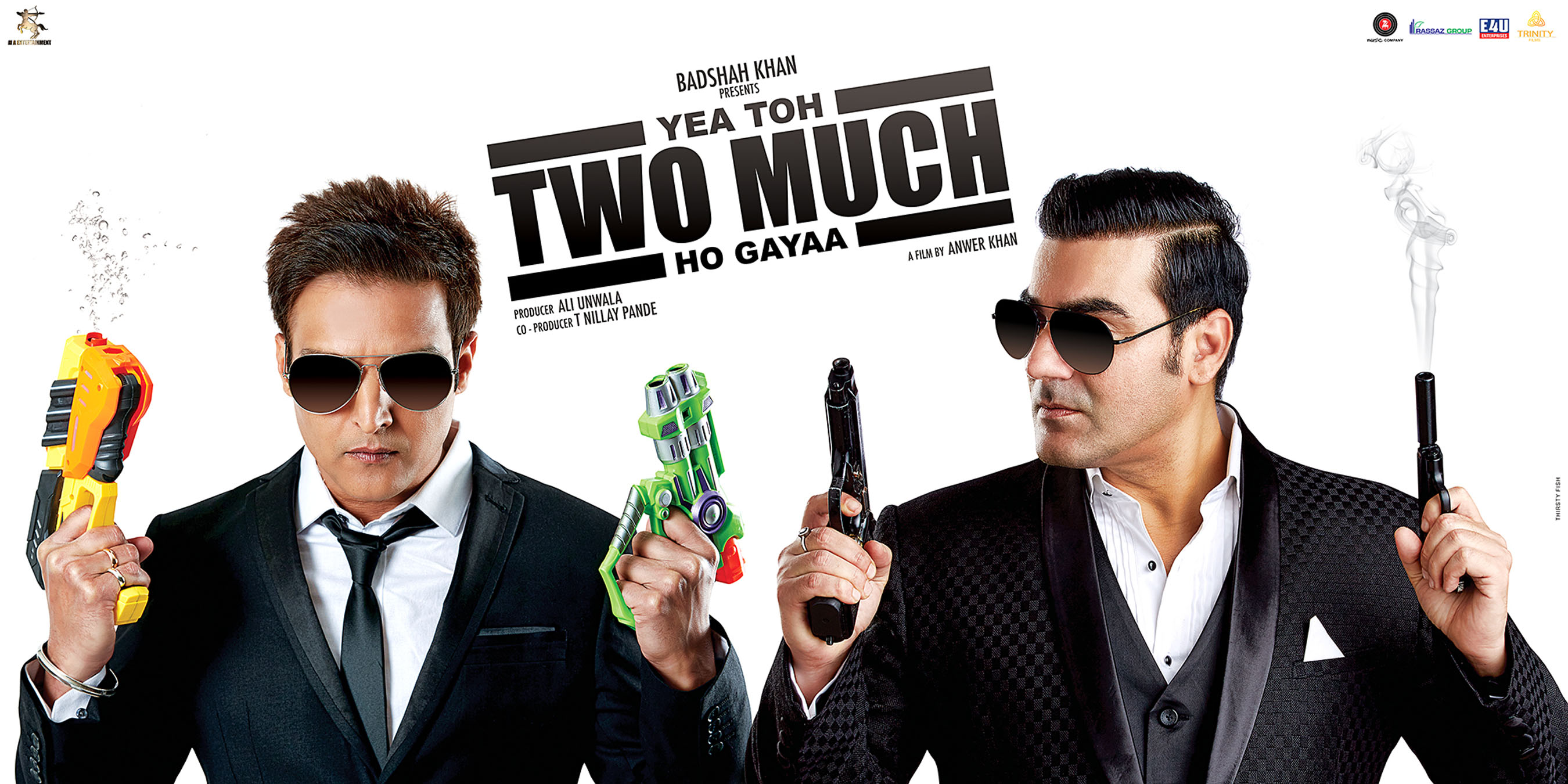 The film is presented by Badshah Khan and produced by Ali Unwala, Co-Produced by T. Nillay Pande. Dialogue of the film is written by Anwer Khan, cinematography done by Rajiv Srivastav, Lyrics by Anwer Khan,Jairaj Selvan & Vishal B Patil, Music by Avishek Majumdar,action by Mahendra Verma, Dance by Rajiv Surti and edited by Devendra Murdeshwar.

Zee Music has music rights of the film.