The awaited day left the audience spell bound. The film promises to be an intense dramatic big screen entertainer. The constant insistence of the fan clubs compelled Ajay Devgn to agree to launch the trailer in one of the Hindi strongholds of Bollywood cinema. The fans from several parts of the country congregated in the heartland of India, Indore, to show their love for Ajay Devgn.

Superstar Ajay Devgn has numerous fan clubs across India and since they were all eagerly waiting to see a glimpse of Ajay Devgn’s magnamopus Shivaay, he agreed to create a special experience for them in Indore. In the making for more than two years, Ajay Devgn has looked into the finest details of the film as the director producer, while also starring in the film. His scope of technical prowess and finesse is self evident in the trailer that calls out loud for multiple viewing.

In a unique gesture for the fan groups, the brain meets brawn star decided to launch the trailer of his directorial ‘Shivaay’ in their midst on August 7 at the Basketball Complex, Race Course Road, Indore. The event started at 3.30 pm and was an audio video extravaganza where the MC Anurag Pandey enlivened the evening with miniature adventure games declaring several fan winners, until the Star arrived with his co stars. The Trailer Launch Event of Shivaay also saw Ajay Devgn introducing Sayyeshaa and Erika Kaar to the fan audience. Sayyeshaa’s and Erika’s charismatic presence had the audience wooing over them. The actresses are promising and affable to say the least. 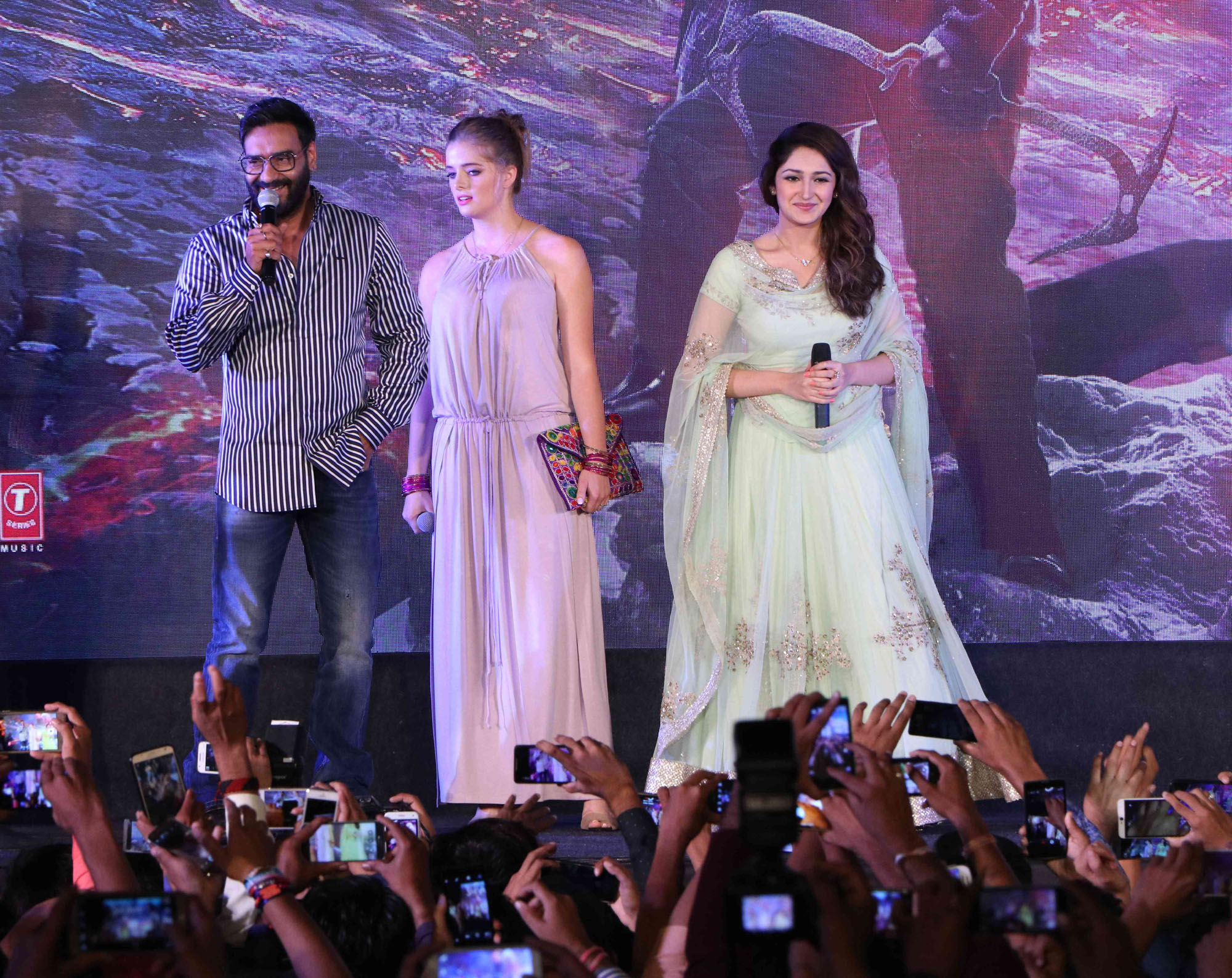 The star actor director producer, felt this was the most apt way to share his creation with his ardent supporters. The event was an astounding success and called for a universal applause for the performers including the British child artiste Abigail Eames who could not be present for the event due to her educational commitments.

The Indore-based fan group which is one of the largest and extremely active, made a special request for a meet and greet, thanked the star for creating a truly international event in their city.

The trailer is available for all to see as it went live from the event venue on all official Shivaay and Ajay Devgn Social Media handles. The theatre going audience watching the new releases starting 12th August, across the globe, will be especially treated as Shivaay’s trailer is attached to the biggest releases of the week.

Ajay Devgn’s Shivaay, is all set to release on 28th October this Diwali.