Star Trek Beyond is being one of the biggest Sci-fi franchise series till date. But being the third and the most talked about series, this film still has to face a tough competition in India. After all, Rajinikanth’s film Kabali hits the box office on the same day.

The recent promotion of Kabali features Rajinikanth’s face on an Air Asia airplane which created a stir amongst his fans. Hence to promote Star Trek Beyond, the makers have to make sure that the promotion should be at par with Rajinikanth’s film. Star Trek went BEYOND regular promotional tools. The makers released a poster of a giant space ship flying over the Mumbai skyline – especially Gateway of India and the Taj Mahal Hotel. The film promoters have also installed a huge spaceship at an suburban mall in Mumbai. 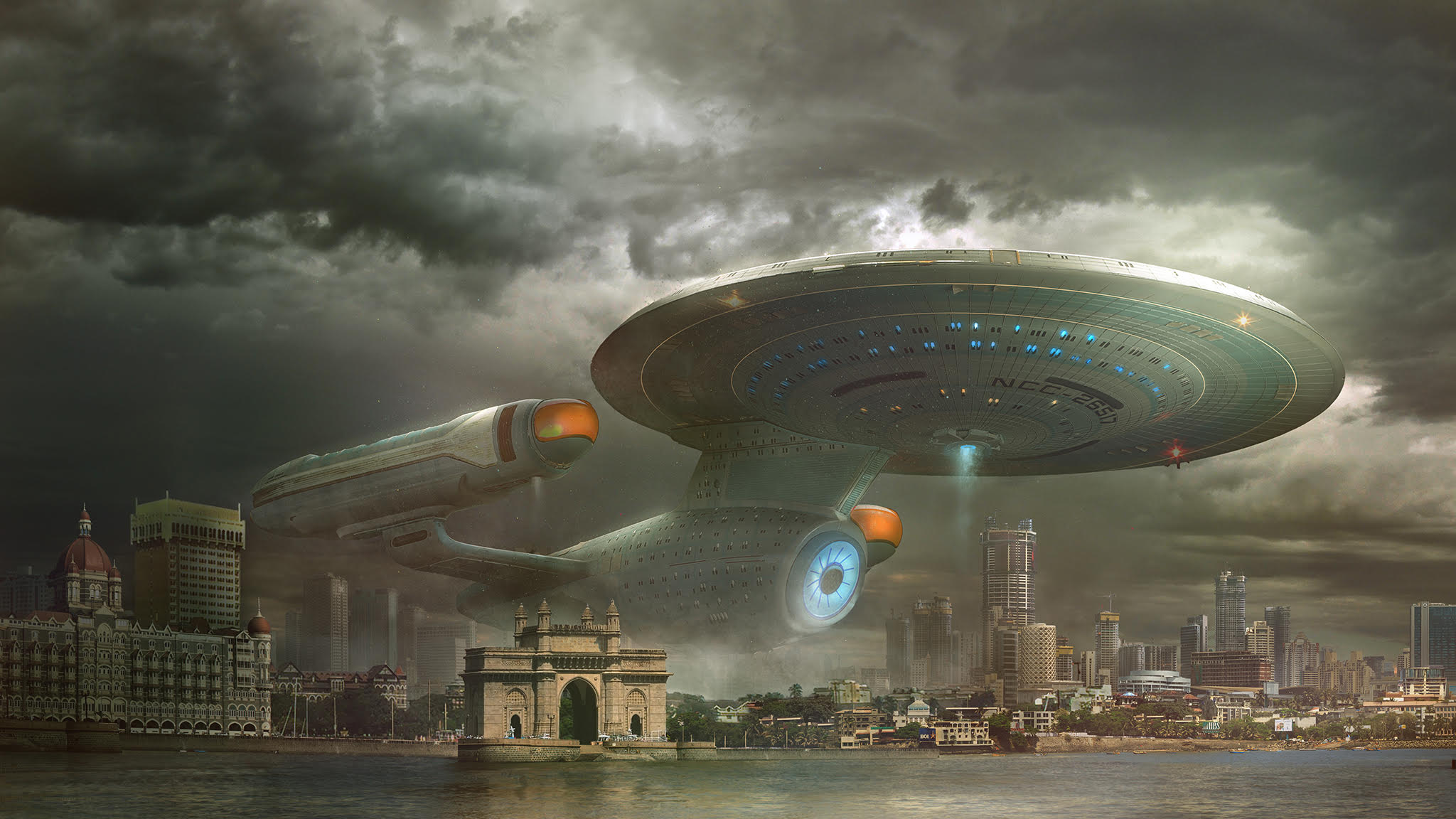 Vashu Bhagnani, the distributor of Star Trek Beyond in India, says,

“Star Trek is one of the biggest and the best Sci-fi franchises to come to India, and I want our Indian audiences to experience one of the most superior film watching experiences ever. We know that Rajinikanth’s Kabali is releasing the same day; hence to promote our film we have to think beyond our regular promotional tools. We thought about giving Star trek an Indian touch by releasing the space ship flying over Gateway of India poster.”