Now, there is a new rumor on the block. Apparently, the makers of the most popular reality show Bigg Boss on Colors have approached former Pakistani skipper and controversial cricketer Shahid Afridi as a participant for the forthcoming season 10 of the show. Shahid Afridi is known and remembered for his “got more love in India than in Pakistan quote” which stirred up a huge controversy on the other side of the border and also indirectly resulted in his ouster as the Pakistan captain. It is not known if Shahid Afridi has accepted the invitation and will be part of the show, but a source from Endemol confirmed that the production house is talking to several celebrities for their possible participation in the show. 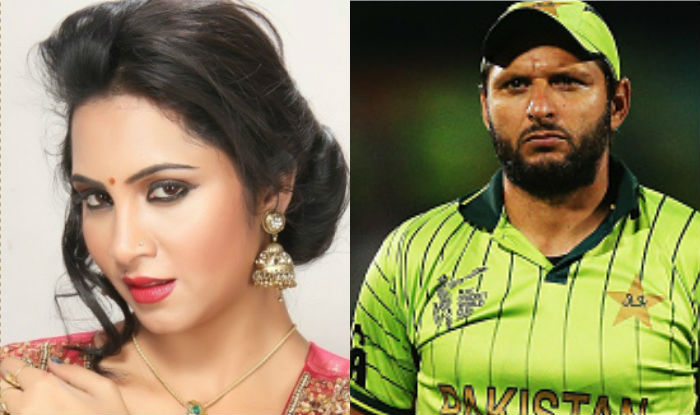 We told you how Arshi Khan is one of the first short-listed participants of Bigg Boss 10 this coming season. As reported earlier, a little birdie told us that model and actress Arshi Khan who was rumored to be one of the participants of last year’s Reality Show Bigg Boss Season 9, could not make it as the dates of her Tamil film clashed. She was also slated to travel to Pakistan for a reality show on a Pakistani channel, but the Pakistan government did not issue her a visa at the last minute. As a result Arshi Khan was not seen on last year’s show. But this year, Arshi Khan will definitely be part of the list of contestants, our source said.
Gossip on the television grapevine says that Arshi Khan may be one of the contestants of Bigg Boss 10. While Arshi Khan who is currently in Jaipur was not available for comment, a source from the production house that handles Bigg Boss for Colors said Arshi Khan was spotted visiting both the Endemol and Colors offices in Mumbai last week. Arshi Khan has openly and publicly proclaimed her love for Shahid Afridi and even claimed that she has had sex with him. In November, last year, Arshi Khan also claimed that she was pregnant with Shahid Afridi’s baby out of wedlock. Gossip mills have claimed that the two have married in secret with Arshi Khan subtly agreeing to this.
Wonder what will happen when Arshi Khan and Shahid Afridi possibly come face to face on the most controversial and popular reality show Bigg Boss Season 10?
Please follow and like us: