The talented and beautiful Tamannah Bhatia, who is juggling between Bollywood and Tollywood world, is leaving no stone unturned towards her performance in her upcoming movies.   The stylish diva, who is currently shooting for Baahubali 2 and Prabhu Deva’s next, is known to be learning various art forms for the two flicks.  The actress for the first time is learning the art of horse riding for the sequel of the blockbuster film Baahubali : The Beginning.

According to an insider, in Baahubali 2 audiences will witness Tamannah performing some high action sequences including intense sword fights and horse ridings. It is known that the actress will be trained by Jeetu Varma, who has also trained some of the finest actors from the Bollywood world like Kangana Ranut and Sonakshi Sinha.  The gorgeous actress who has never done horse riding has started with her training and is completely dedicated and excited for it.  That’s not all! Simultaneously the actress is known to be rehearsing passionately for a hard core dance number in Prabhu Deva’s next. 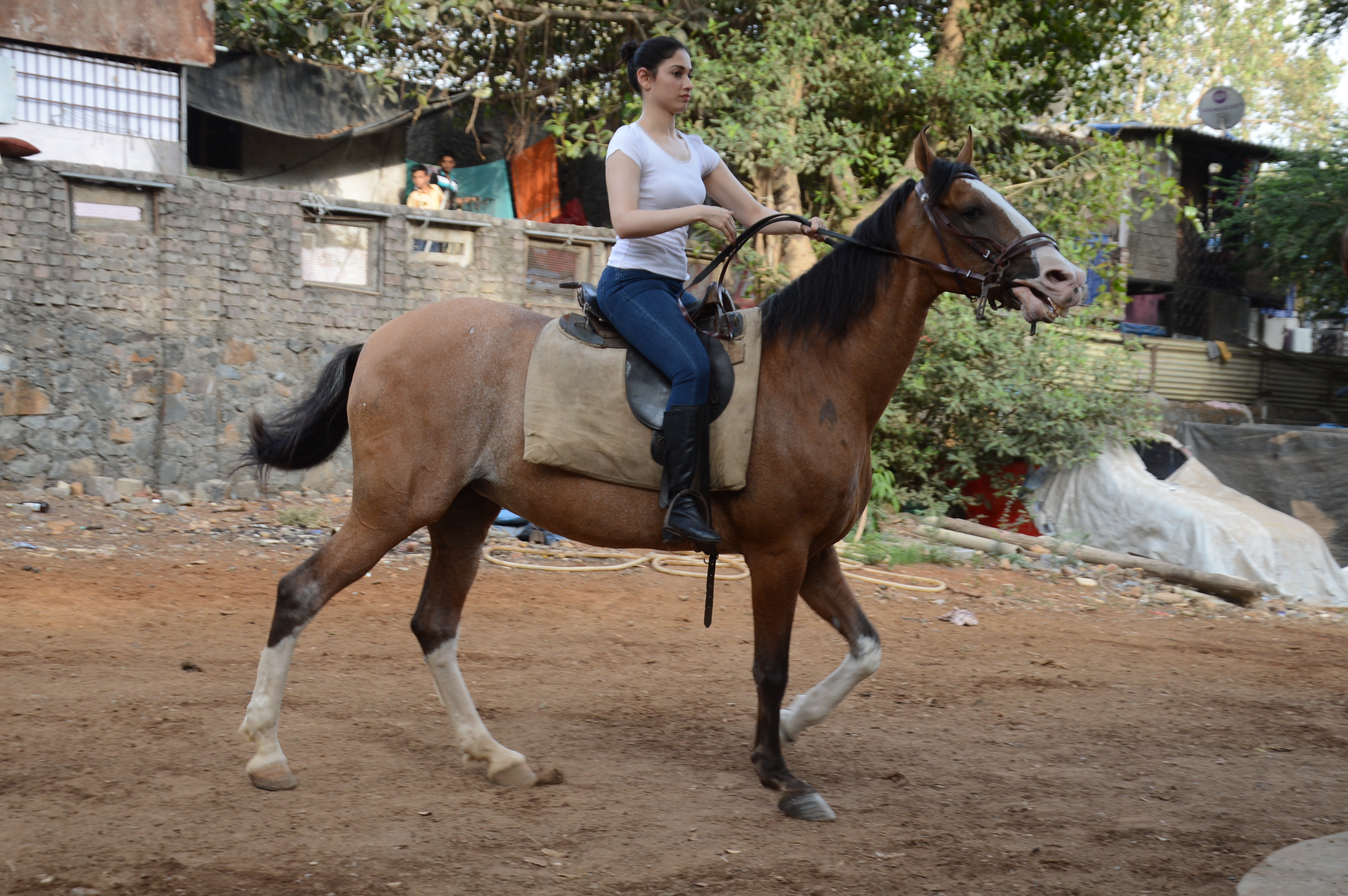 Talking about it Tamannah Bhatia says,

“This is my first attempt in learning horse riding, so initially it took me a little time to connect with the horse and catch his rhythm and to learn how to control him, but once I started getting that, it became a lot of fun.  Apart from horse riding I am also doing a lot of sword fighting and action scenes for a sequence in Baahubali, which I am definitely looking forward to.”

The dedicated actress is known to be a real perfectionist, be it mastering the art of horse riding or dancing, the actress always goes out of her way to justify her role.