Based on a South Korean film, TE3N, as the title suggests, follows the lives of three individuals: John Biswas (Amitabh Bachchan), who wants justice for the kidnapping of his granddaughter, Angela, eight years ago; Father Martin (Nawazuddin Siddiqui), who turned to priesthood to cope with the guilt for not being able to solve Angela’s case; and Sarita (Vidya Balan), a police inspector who takes charge of a series of recent kidnappings that shed light on the past. What results is all the characters leading to find missing clues in their quest for the truth. 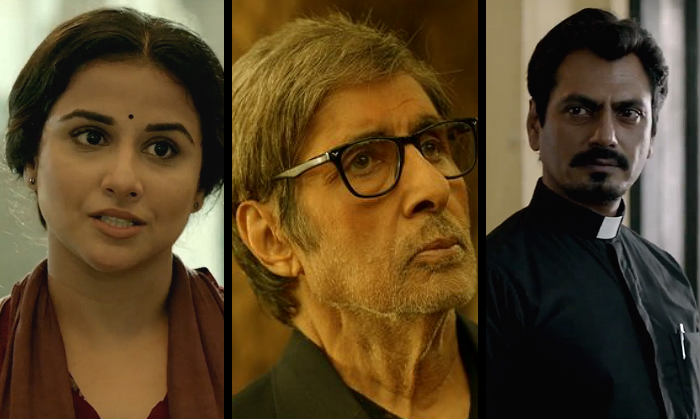 TE3N is a film that deals profoundly with the human emotions of loss and grief, as well as the guilt that frequently accompanies the two. While John struggles to cope with the loss of his granddaughter, Father Martin turns to religion and God to deal with his guilt from not finding the person behind Angela’s kidnapping. The chemistry and onscreen relationship between Martin and John is an interesting mixture of sympathy and resignation, as each of them tries to go on with life despite lack of closure with the past.

A mystery/drama thriller, TE3N is reminiscent of other films in the same genre, such as Talaash and Kahaani. Hence, one of its strengths is the twists and turns in the plot. The first half is somewhat slow and depressing, which makes the film seem longer than it actually is, but the second half picks up and becomes quite gripping. What was particularly fascinating in the intelligent script-writing was Father Martin and the entire police team’s deduction in deciphering clues about the kidnapping. 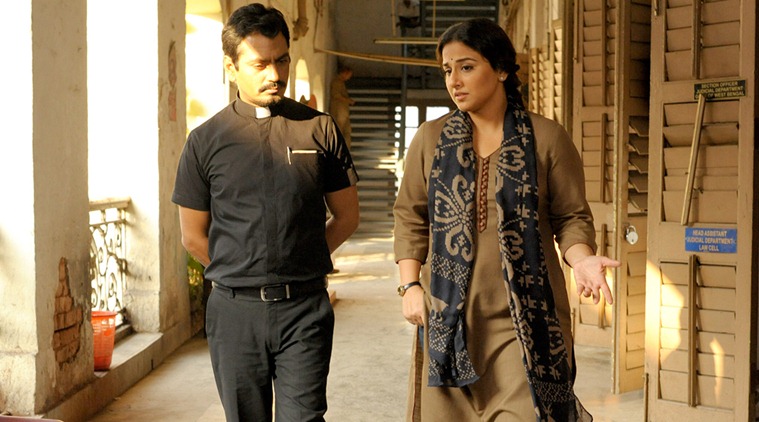 The highlight of TE3N is the brilliant acting performances by the team. Amitabh has essayed the role of a desperate grandfather excellently, and Nawazuddin suits the role of a police officer turned priest. Though her role is not as prominent as her male co-stars, it was still very nice to see Vidya Balan onscreen after a brief hiatus. The background score and music by Clinton Cerejo added to the mysterious feel of the film. Particularly melodious was the song “Haq Hai”,  which appeared towards the end of the movie.

Final Verdict: TE3N is an intelligent film with fantastic acting and unexpected plot twists. It is a bit dull and slow in the beginning, but picks up pace and makes you sit on the edge of your seat until the end. A good watch if you are in the mood for a thriller.