The buzz has been created, as the trailer of Nagesh Kukunoor’s slightly anticipated film “Dhanak”  has created a buzz among the audience and film buffs. Why you may ask? Well the films two young actors Hetal Gada and Krrish Chhabria who are portraying the roles as Pari and Chotu in the film have officially become show-stealers and they set out on an adventurous fun journey to meet their hero of their dream Shah Rukh Khan! 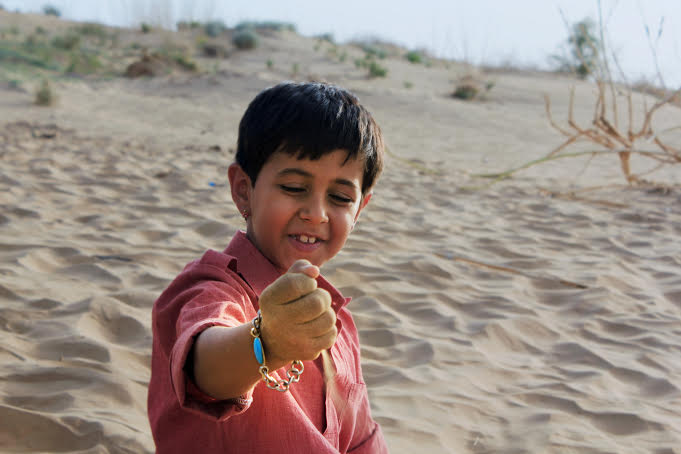 If you know notice you will see that Krrish Chhabria is wearing a specific sliver bracelet that you may have seen before being worn by a famous Bollywood superstar and curiosity has risen among-est the audience wondering if there is an exciting twist to the story. The director Nagesh Kukunoor  isn’t spilling any of the details yet but he expresses,

“Let’s just say that every brother-sister bond, no matter how loving, has some point of rivalry- and Chotu and Pari have a very interesting one. You’ll have wait to find out what is that one thing that keeps them at loggerheads!”

Be sure to check out what this exciting surprise is, as the movie is scheduled to be released June 17, 2016.