Actors are known to go the extra mile to fit the shoes of their characters. It seems like Do Lafzon Ki Kahani’s lead actress, Kajal Aggarwal, took this a notch higher! The actress is all set to play the character of a blind girl while Randeep Hooda will be seen as a boxer. Randeep’s character seems to have rubbed off on Kajal, so much so that she was seen throwing in some punches at her co-star on the sets of the film.

Not only did Kajal master the nuances of a visually impaired character but the actress also tried to get a better feel of the story by learning the knowhow of an MMA fighter so that their chemistry could look more real onscreen. Kajal said,

“’He who is not courageous enough to take risks in life will accomplish nothing.’ I truly believe in these words said by Muhammad Ali. I try and learn something out of every situation in life. Similarly in this film when Randeep used to train with MMA fighters for his scenes, I used to watch it very closely. Randeep also taught me few moves which came very handy, plus I am a trained kickboxer too. I find joy in everything I do”.

Hats off to the actress for her hard work and dedication! This sweet romantic tale of an MMA fighter and a visually impaired girl coupled with Randeep and Kajal’s fresh onscreen pairing will definitely leave fans wanting more! 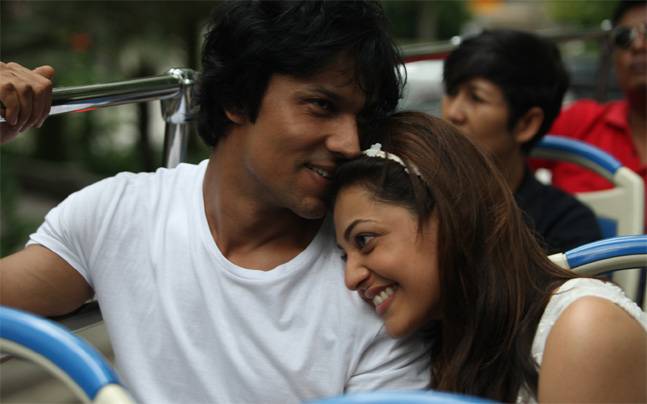 Presented by Jayantilal Gada under his banner Pen India Ltd. and produced by Dhiraj Shetty, Avinaash V. Rai and Dhaval Jayantilal Gada, Do Lafzon Ki Kahani is an upcoming romantic film directed by Deepak Tijori and starring Randeep Hooda and Kajal Aggarwal in lead roles. The film released on June 10, 2016.