Many of us have been awaiting for Friday June 17- also known as the day Udta Punjab released! It finally happened and I especially walked out of the film feeling speechless.

The Abhishek Chaubey directed film had to be one of the most affective, dynamic, and reckless films I have ever seen. With all that the film has gone through prior to it hitting the screen, I had already felt lucky enough to be able to see it. Once the film began, I took in a deep breath and didn’t let it out till the credits began to scroll at the end. It was just that good, yet horrifying to see.

Horrifying because of the story that was being conveyed on-screen. I personally have no knowledge or first hand experience on the drug issue in Punjab, but from the little I have read and seen from just this film alone- if this is even one-percent close to what its like in the single state, it’s quite frightening. What I loved the most about how the drug topic was conveyed, was through different types of peoples lives. 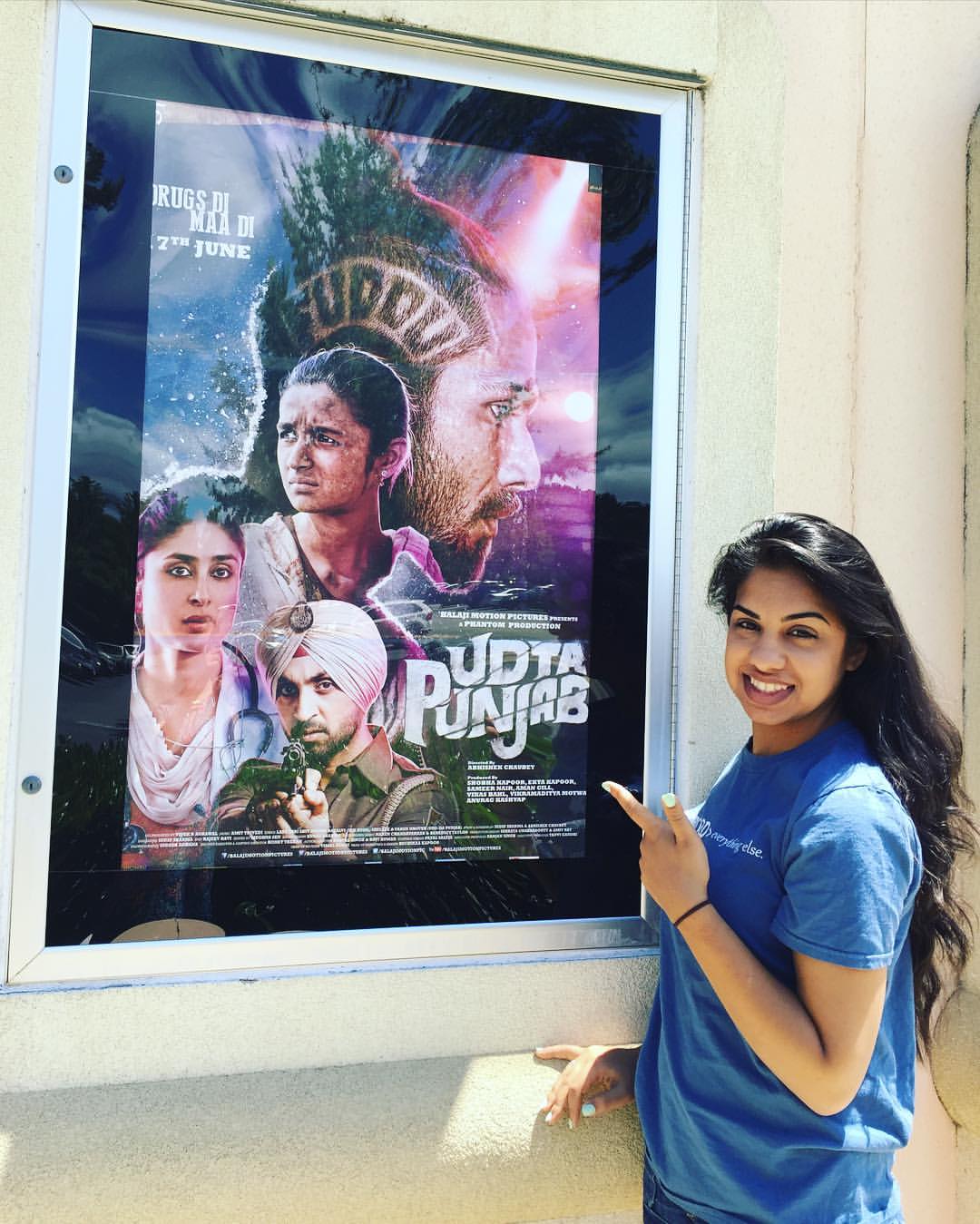 Shahid Kapoor played the role of pop-star Tommy Singh. Most who hear about drugs say that a lot of artists like Tommy are the ‘type’ to get hooked onto them, so that was just one side of the story that maybe majority know of. But then there is the youth who looks up to Tommy, specifically like Bali played by Prabhjyot Singh. Then of course figuring out where these drugs are coming from, and who is letting them enter into the state…our police and political system are heavily covered upon this area. Diljit Dosanjh plays the role of a low-level cop, Sartaj Singh. He who realizes this is an issue to be fixed goes to Dr. Preet Sahni played by Kareena Kapoor to help him solve the problem as much as they can. And Alia Bhatt a small town village girl Mary Jane, from Bihar who once had the dream to be a hockey played and gets shifted to Punjab and her hands in the wrong place.

All these characters come from completely different backgrounds, but at the end, they end up in the same place- almost no where. Because that’s what the addiction does, it either kills, or leads you to no where. Each and every actor in this film created a high momentous vibe with their characters. From the four leads, to other roles- they all were phenomenal. Shahid Kapoor especially stood out the most. There wasn’t a single moment I felt like I was watching Shahid on-screen. I was introduced to Tommy in the first five minutes of the film, and was conveyed that Tommy is a totally real person. Alia’s entire persona is de-glammed, and she was extremely impactful every time she appeared on-screen. Diljit’s performance was so convincing, there were moments I felt he needed more support and help to achieve what he was doing.

I could go on about Udta Punjab. Of course this is not a film for children, but I do hope more young adults and adults catch this film this weekend. Its a must watch film. And of course I hope this opens up the eyes of the youth in Punjab, in India and all over. This is a film which conveys a very powerful message in a bittersweet way.

Lastly I am totally in-love with Amit Trivedi’s music of the film. I love all three versions of Ikk Kudi, especially the club mix. I also love the track Hass Nache-le.

Check out my favorite track of the film!