If you work hard you might be able to deliver above and beyond! Well that’s just what Kunal Kapoor is doing! Kunal Kapoor is currently shooting for his much awaited upcoming Hindi movie Veeram. Directed by two times National Award winning director, Jayaraj, the story highlights about the infamous warrior Chandu Chekavar.

Bollywood handsome hunk Kunal Kapoor who is donning the avatar of a warrior for the first time is leaving no stone unturned to steal the thunder at the silver screen. He is seen practicing the art of most difficult fighting form Kalaripayattu, to get into the feel of a true warrior.

It is known that the actor is learning this form for the past four months is taking utmost interest in every detail and enthusiastically performing it. Dedicating hours of time daily, the form requires Kunal to be physically and mentally strong. That’s not all! The actor also has to follow a special diet where he is intaking high content of proteins and lowering the carbs intake level. The versatile actor is also going through rigorous weight training since six months which requires him to spend hours in the gym and get the realistic look. 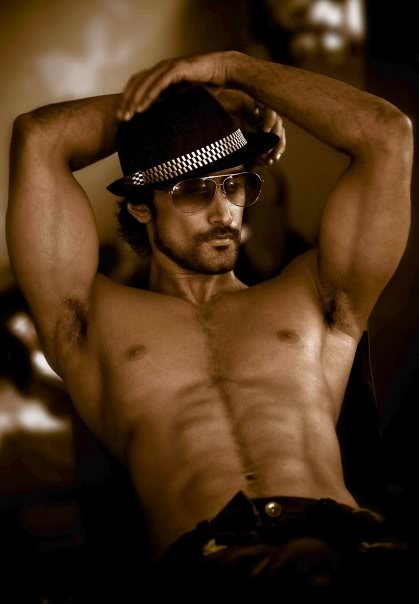 We have been training together for about six months but when this movie came about, we changed the routine, so that we he could get the body needed for this character. The most important thing was not to get a body that just looks good but is strong functionally, as well as flexible and very agile. So in the gym we constantly mixed up the workouts and added a lot of variety, to make it even more challenging. We also worked on (DTP) Dramatic Transformation Principle that targeted every type of muscle fibers (slow twitch, fast twitch and very fast twitch) followed by Y3T training and daily cardio. And on other days we’d mix it up with circuits of throwing medicine balls, hoisting sledgehammers and flipping tyres. Kunal has very good genetics, so his body responds really quickly.I put him on eight meals a day to fire his metabolism. A bowl of oats and eggs for breakfast, other meals consist of lean meats, like fish and chicken with good carbs like sweet potatoes and brown rice. As well as healthy fats like olive oil and peanut butter.

Well looks like someone is clearly getting into shape for this film! Get pumping up Kunal!