Ludo, arguably India’s first legitimate gore horror fable film, had its Indian premiere at MAMI 2015, as the opening film for the new AFTER DARK section. At the MAMI Film Mart (MFM), the film team announced that Phantom Films has bought the rights to remake the Bengali film in Hindi!

Ludo, is a creation of the crack team at Oddjoint: directors Nikon, Q and Celine Loop. The film is represented in the International market by Reel Suspects. Ludo is produced and backed by Idyabooster and Starfire Movies and co-produced by Oddjoint. Director Q is going to direct the new film. Speaking about the Phantom remake he said.

“It’s more of a rewrite than a remake actually. The idea of Ludo is fluid, and, like most horror ideas, is perfect for a franchise. The new Ludo will be a completely different film, based on the same premise. This time, the horror will unfold in curiously unusual ways.”

Ludo has had a super run at the following festivals in the past few months, check out its list of achievements!
● World premiere at Fantasia Film Festival (Montreal, Canada) in July.
● Only Indian film at Fantastic Fest (Texas, USA) in September.
● Featured in the “After Dark” Section at the Chicago International Film Festival in October.
● To be featured at the Singapore International Film Festival in November.
● Featured in competition at Sitges (Catalonia, Spain), one of the first Indian films to ever make it to this top international horror and genre festival.

The film is in talks with various partners for innovative ways to take the film to its audiences across regions, platforms and formats. Speaking about the Phantom project, Vikramaditya Motwane added,

“We’re delighted to announce a hindi version of Ludo. Q is one of the most exciting directors in the country and we couldn’t be happier about our partnership. We look forward to a kick-ass, mind-numbing, scary-as-shit, entertaining and frightening film. If not, we will eat his entrails.” 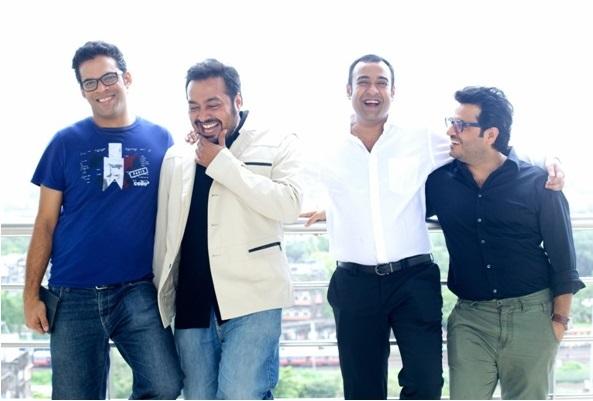 Phantom Films has made its presence felt in the fraternity by working with the best talent in the industry and by producing several well known and appreciated movies including Lootera, Hasee Toh Phasee, Queen, Masaan, Ugly, NH10 and Hunterr. Queen, one of Phantom’s best known productions, has mopped up all major awards across most categories in India, including the prestigious National Film Award for Best Feature Film in Hindi.

We can’t wait to see how these talented creators remake Ludo! Keep it locked for more!