Life OK’s Piya Rangrezz has acquired quite the viewership in just one month. The show which began as an obsessive love story of a bad boy is now at a point that everyone but the bad boy seems to be obsessed with something or the other. It was already a known fact that Bhavari Devi (Narayani Shastri) was obsessed with her son’s marriage to the point that she threatened the bride’s family in order to see that the wedding comes through. 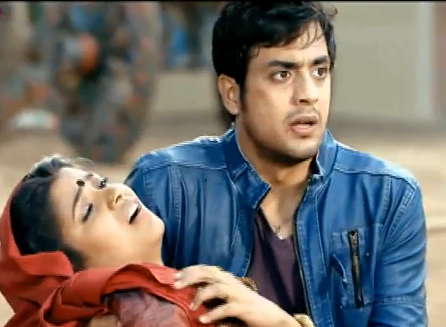 Now audiences are witnessing yet another kind of creepy obsession which Shraddha’s (Kirtida Mistry) now brother-in-law Virat (Sahil Phull) has for her. Using this to her benefit, Bhavari Devi will soon be seen trapping Shraddha by falsely kidnapping Sher (Gaurav S. Bajaj). A newly released promo shows that Bhavari has now been shot in the tussle of trying to save her son.

The question of whether this was Bhavari’s plan to get her son on her side or Virat’s sick-twisted mind remains but on thing is certain, Bhavari is truly obsessed. What we’d like to know is if you think that the obsession is for her son or her victory? Take the poll and share your thoughts with us!

The tussle between saas and bahu has been a long standing formula in the Indian Television Industry, but with the elements of mystery, politics and obsessions involved, Piya Rangrezz truly hit a home run. This refreshing taste of the age old saas-bahu wine seems to be working wonders with the audience.