All actors who act never stop taking classes even if they end up to the top of the list in Tinsel Town. From Karate class to stunt classes to acting classes or even dance classes – actors today still have to build up in the industry by learning more and creating a better craft for the career they are in. Many think it’s easy to act – but behind the scenes it’s really not. One actress who has made her Marathi debut was seen building her craft with a veteran actor. People seem to think acting is all glitz and glam but in reality it’s not. Trust me it’s not as easy as you think!

With this one actress she might be gifted but she still has a lot to learn by building her acting career up.  It’s no secret that Tanvi Hegde is an extremely gifted actress. But recently on the sets of her debut Marathi film, ‘Dhurandhar Bhatawdekar’ she was seen receiving some invaluable tips about acting in Marathi films from veteran actor Mohan Joshi. A source close to the film informed that the actress who was initially nervous about working with the top actors of Marathi cinema seemed relaxed after her chat with Joshi. 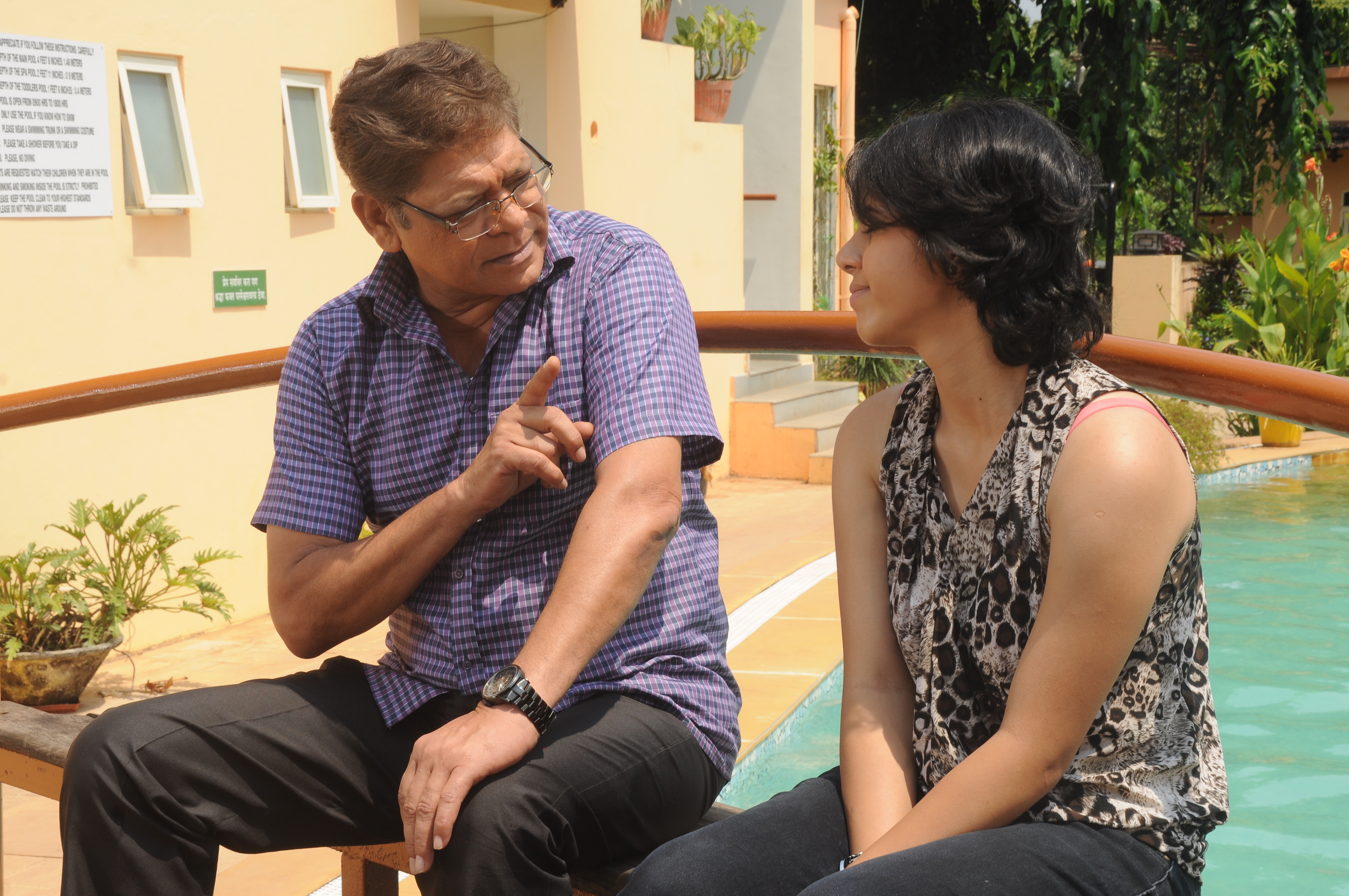 “I was extremely nervous as it is my first ever Marathi film and Mohan Joshi Sir immediately saw this and came up to me. We spoke for quite a while where he gave me acting tips and even helped me rehearse.”

The film stars two grey-heads who go head-to-head against each other, and try to woo a woman. It is a story around their lives. The movie stars Mohan Agashe, Mohan Joshi and Kishori Shahane who are among the finest Marathi actors in the industry and have been known for their entertaining performances. Directed by Kshitij Zarapkar and produced by Devdatt Kapadia, Different strokes Communication, the movie is set to release on 29th May, 2015.