Tom Felton, best known for the character of Draco Malfoy in the world renowned Harry Potter series, stars in one of the most harrowing true stories of World War II.

Against the Sun is the story of three US Navy Airmen who crash land their torpedo bomber in the South Pacific and find themselves on a tiny life raft, surrounded by open ocean.

No food. No water. No hope of rescue. 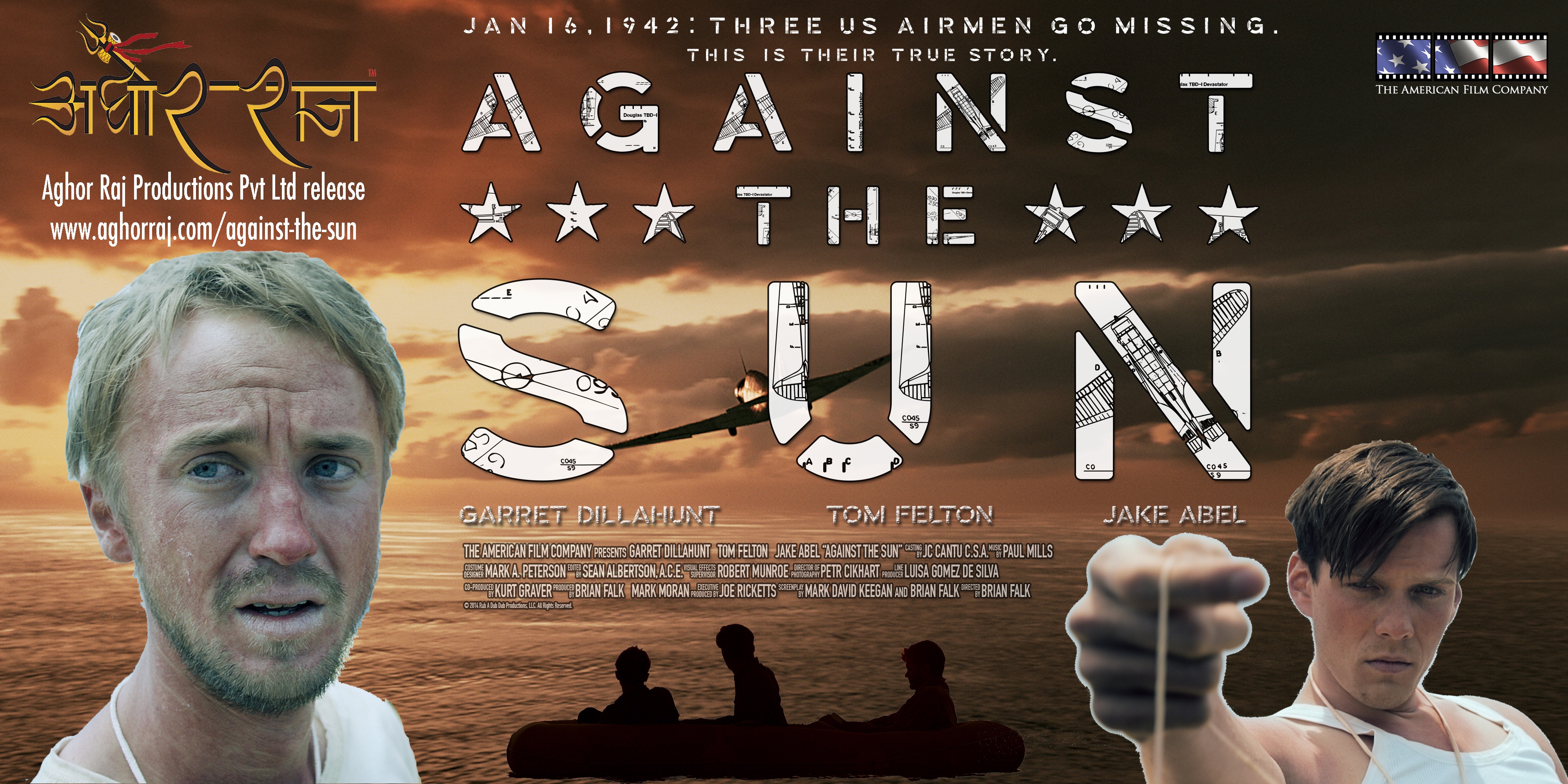 Against incredible odds, these virtual strangers must survive storms, sharks, starvation and each other as they sail more than a thousand miles to safety.

British actor Tom Felton was looking for a challenge. After literally growing up in the hallowed halls of Hogwarts, playing Harry Potter foil Draco Malfoy, the 26-year-old was looking for a new challenge. Against the Sun was just the ticket. “It’s a very unique film in that its only three characters and the film stays with these three characters the entire way, there are no set changes or anything like that,” says Tom.

“That presents a challenge for any actor or filmmaker. Anything that seems challenging right now is a good thing.”

The film also stars Garret Dillahunt who is known for disappearing into his work (he is so good at melting into a character that he was cast as two different parts in HBO’s groundbreaking series Deadwood). But disappearing into the role of Navy pilot Harold Dixon in Against the Sun came with a brand new set of challenges for the formidable actor. 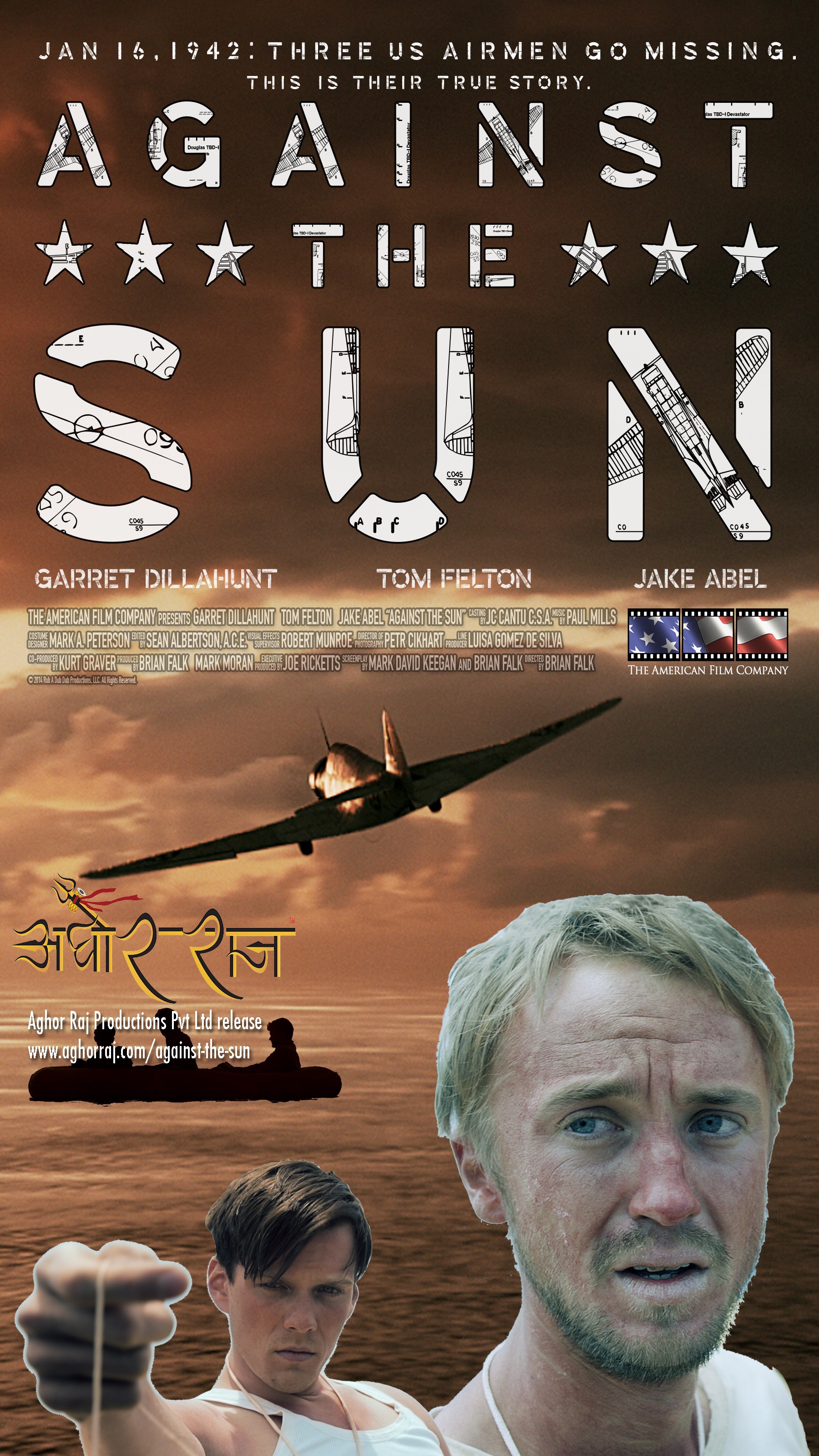 “I liked the physical challenge of what it represented,” says Garret.

“And honestly, it was a little more serious of a diet than I thought. When we spoke, we all thought, well I’ll lose a little bit and then make-up will help us out because we will never be able to get as skinny as those guys really were. But then when I got (to the studio) and there was a nutritionist, I was like ‘oh this is serious – you want us to lose a pound a day.”

And last but not the least, the third leg of the trio is played by Jake Abel who has made a name for himself for his villainous portrayals in the Percy Jackson movies and the adaptation of Stephanie Meyers’ The Host. But the 26-year-old actor has been looking to augment his fantasy resume with a film grounded in the truth.

“I’ve done a lot of genre work, franchise work and there’s been specific reasons to do those because of the filmmakers and the people involved and I’ve been so wanting something more contained and based in the real world where I’m not having to twist the mustache — and to work with a filmmaker who’s really hungry,”

“And I never want to leave the genre world for good, its treated me so well and I’ve had a lot of fun doing it, but I’m very happy for the introduction of period dramas and biopics.”

Releasing all India on 6th March, Against the Sun is an Aghor Raj Productions’ Presentation.

Aghor Raj Productions makes its foray into the field of distribution with this audience acclaimed film and promises to bring to the Indian audiences sensible and enjoyable cinema.