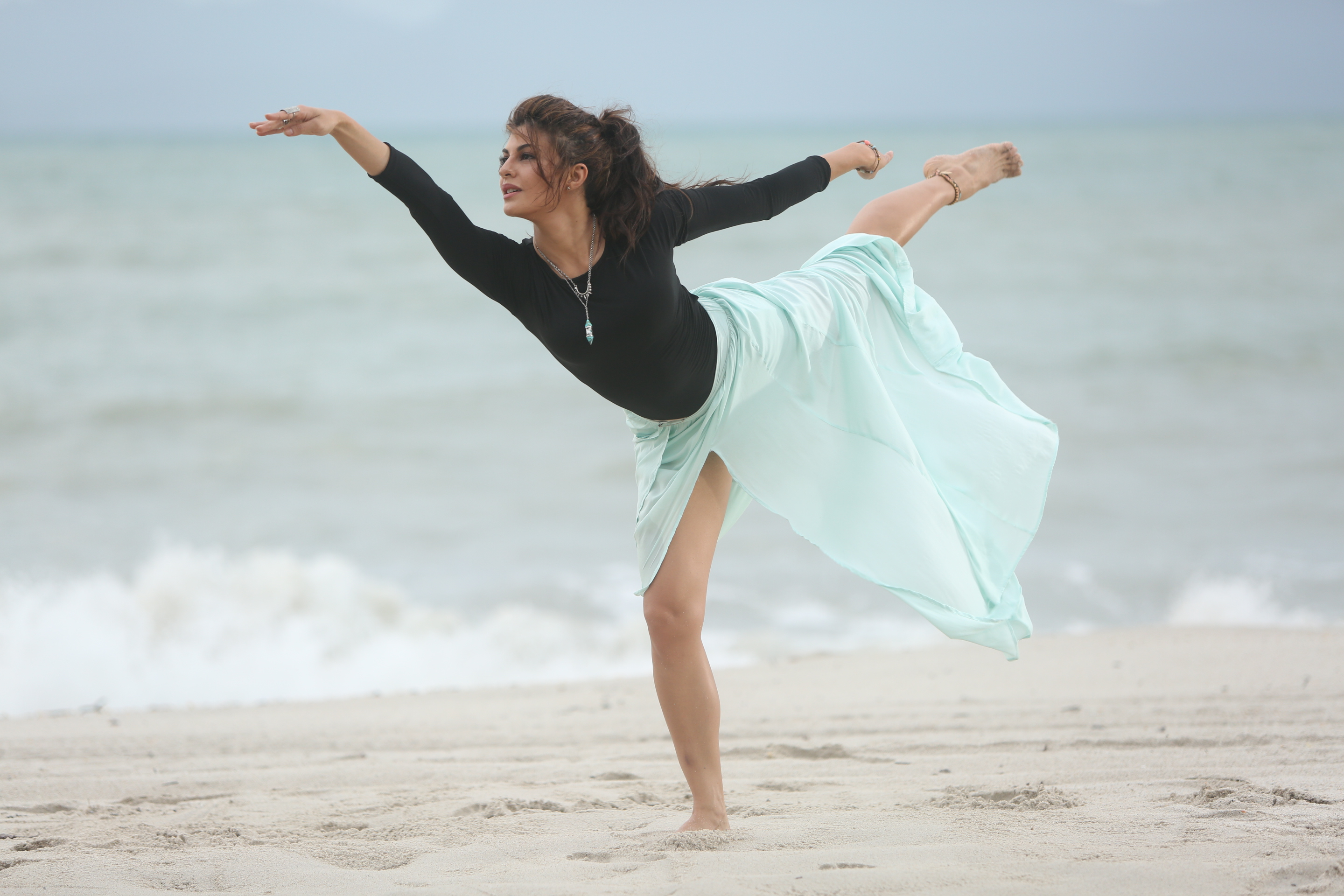 The director Vikramjit Singh wanted a sequence in the song which is artistic, sensual and passionate. When he briefed Ahmed Khan, Ahmed instantly knew what he wanted to do. Jacqueline who did wonders with Ahmed in their last song ‘Jumme Ki Raat’ has tried the dance style for the first time. Choreographed by Ahmed Khan, Jacqueline will be the first Hindi actress to try this form of dancing in ROY which is a romantic thriller. Speaking about it, Jacqueline says,

“Ahmed gave me a couple of videos to watch to understand the body language and refer to before the shoot. He is one of the finest choreographer who loves experimenting and is passionate about his work.”

While on set, all the rehearsal was at test as it turned very difficult to dance on the sand, as her toes went sinking in.

Jacqueline who loves dancing suggested some moves to Ahmed who loved them and incorporated the same while on shoot. Jacqueline adds,

“Ahmed gave a completely different, fresh touch to the kind of ballet we have always seen on screen. I too had ideas and together we put a piece together. The final scene that you see on screen is sensuous and passionate.”