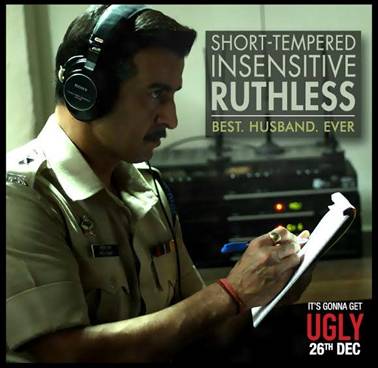 Rahul Bhat: The actor plays the father of Kali, the kidnapped girl. His poster says, “What kind of man leaves his 10 year old daughter alone in the middle of a busy Mumbai street? Say Hello to Kali’s Daddy Dearest – Rahul, the struggling actor!”

Tejaswini Kolapure: Tejaswini Kolapure, the mother of Kali is featured as, “Needs whisky to get through the day and sleeping pills for the night. Meet Kali’s mom Shalini – the best mother you could ask for.”

Surveen Chawla: Actress Surveen Chawla is addressed as, “Whether it’s ripping off her clothes or ripping off rich men – she does both with equal ease. Meet Shalini’s best friend and Item-Number queen Rakhi!”

Siddhant Kapoor: The actor is described as, “The only time Siddhant remembers his sister is when he needs more money. After all, it’s all about loving your family!” 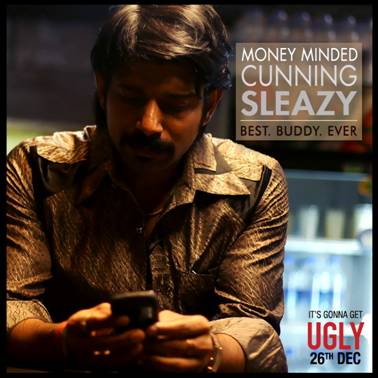 Ugly has a slew of characters and the story grapples back and forth in time to dig into their lives and what follows is an endless series of blame game and one-upmanship. The film stars Ronit Roy, Tejasvini Kolhapure, Rahul Bhatt, Vineet Singh, Girish Kulkarni, Siddhant Kapoor and Surveen Chawla. The movie has been produced by Phantom Films and Dar Motion Pictures Ltd.