Spotted: A special Penguins of Madagascar bus was moving along the city during the weekend.The special bus created for the promotion of the forthcoming Hollywood release by 20th Century Fox had the crowds in cheers as it went along key areas in the city. 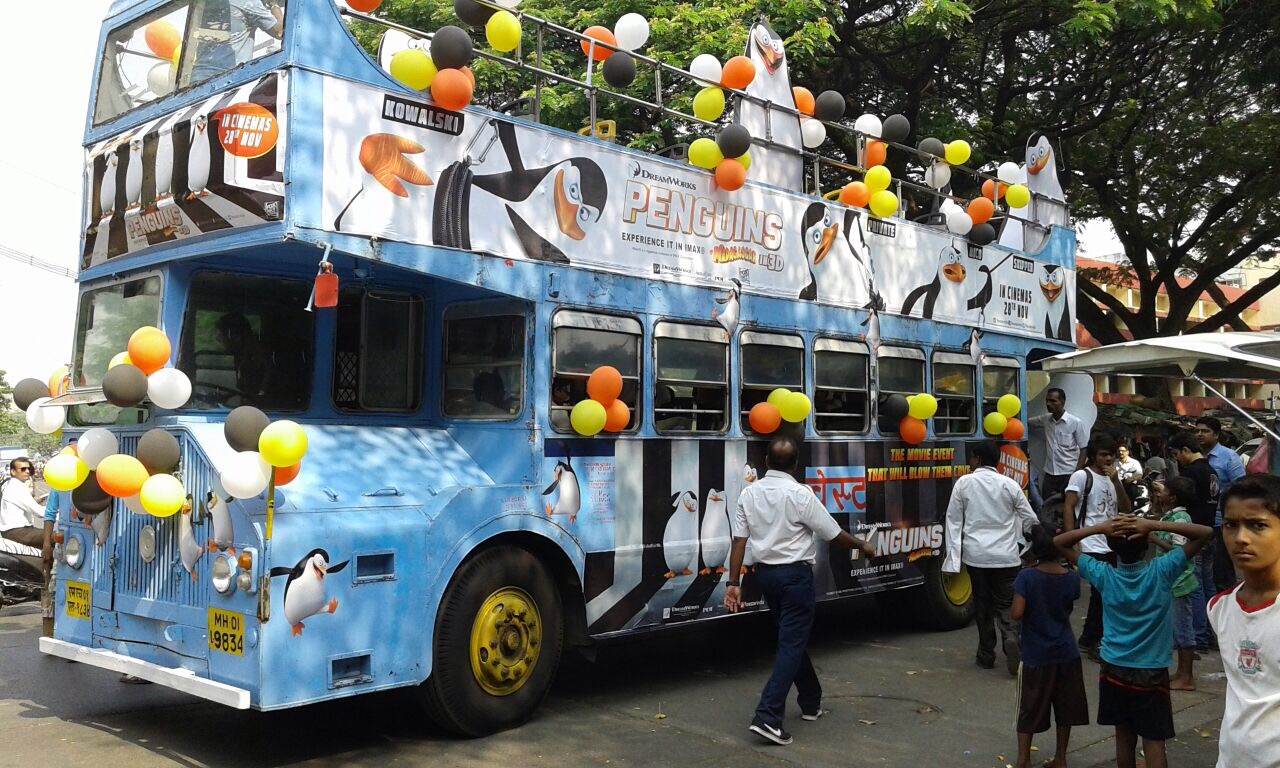 Starting its journey from South Mumbai, the bus halted at crowded spots like Bandra, Juhu beach, Mithibhai College, Citi Mall and Inorbit Mall, as it made its way to North Mumbai.

Kids on board were seen enjoying on the bus and professional dancers presented a flash mob on the Pitbill movie anthem to onlooker’s surprise.

Penguins of Madagascar is a spin-off of the Madagascar film series. The film stars Benedict Cumberbatch (Sherlock Holmes) and John Malkovich, is directed by Simon J. Smith and Eric Darnell and written by Michael Colton and John Aboud. The voices for the 4 penguins have been given by Tom McGrath, Chris Miller, Conrad Vernon, Christopher Knights.

The Super spy teams aren’t born…they’re hatched. Discover the secrets of the greatest and most hilarious covert birds in the global espionage biz: Skipper, Kowalski, Rico and Private. These elitists of the elite are joining forces with a chic undercover organization, The North Wind. Led by handsome and husky ‘Agent Classified’ (Benedict Cumberbatch), a gray wolf and team leader of the North Wind. Together, they must stop ‘Dr. Octavius Brine’ (John Malkovich), a villainous and disgruntled octopus from taking over the world.

Releasing in India on 28th November in 3D and Imax, Penguins of Madagascar promises to be a treat for kids.