Bollywood ka Sabse bada Nautankibaaz Sanjeev S Bhatt who has created a lot of buzz among the viewers through his acting skill in Rohan Sippy movie “Nautanki Saala” is all praises by the Bollywood Star Abhishek Bachchan. He was seen doing a guest appearance in the movie. The actor who had shares a screen with Junior Bachchan where he was seen in Surpankha character and got best compliment. The Bachchan has no words to describe Sanjeev S Bhatt! Well as you see below in the photo it must have been another case! Can you guess what they are talking about? 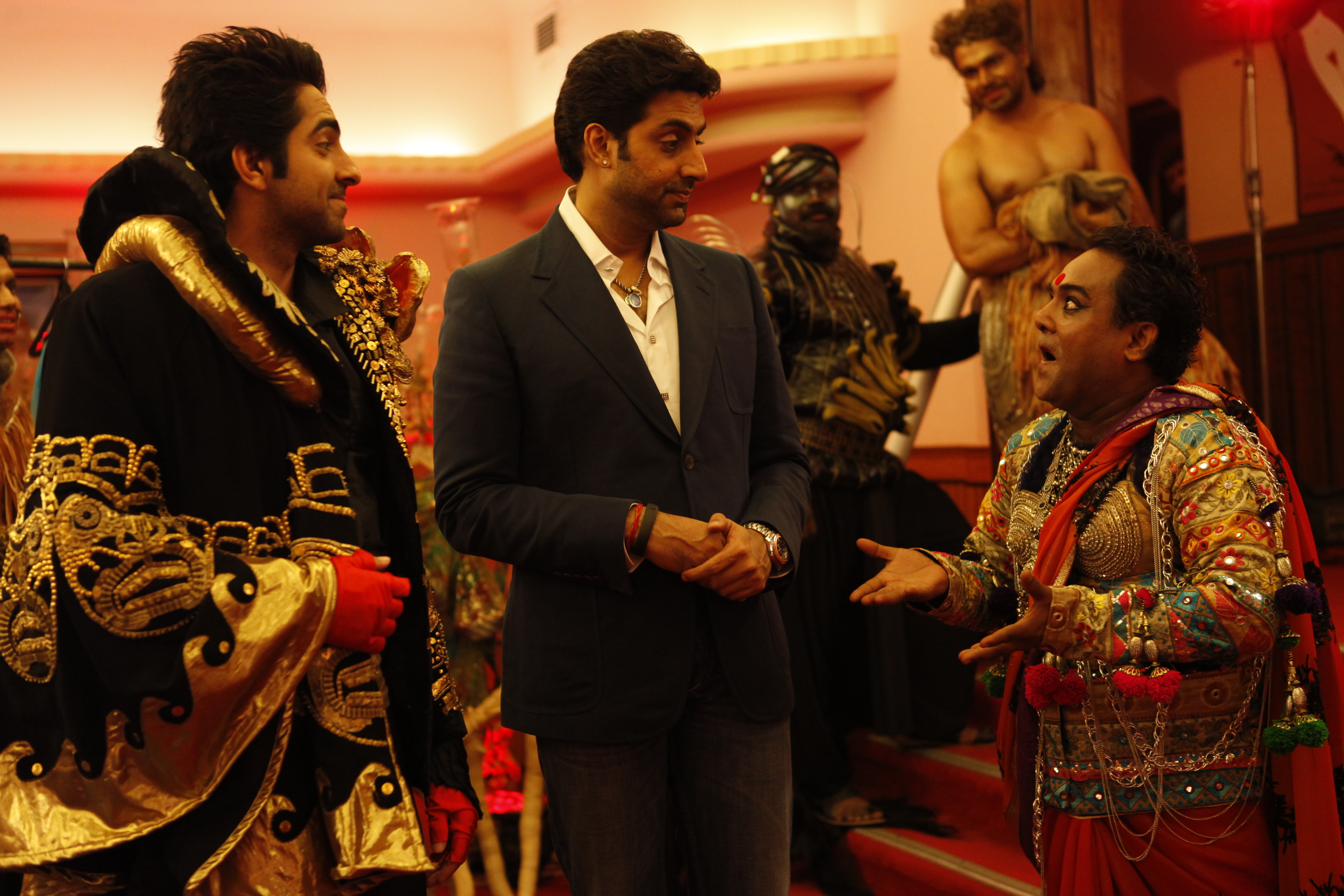 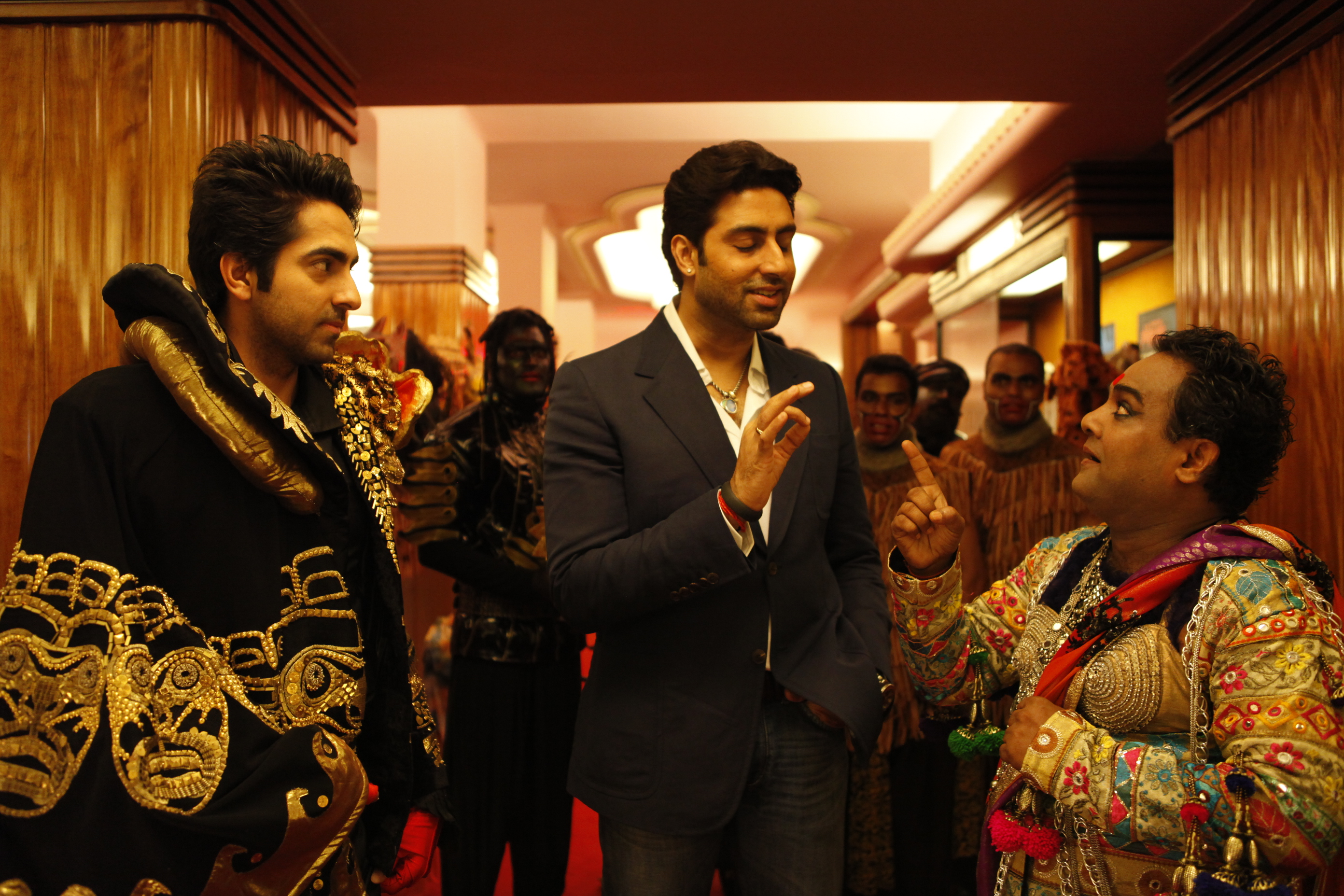 “It’s an absolute pleasure to work with Abhishek Bachchan. I got to learn so much from him. He is so involved, passionate and full of energy on the sets. Working with him is like dream come true. And the golden word of Abhishek has done a magic.”

In the movie there was a fabulous scene where Sanjeev Bhatt were seen teasing Abhishek Bachchan and Ayushmann Khurrana was seen hitting his head against the wall on the wonderful joke of Sanjeev Bhatt . Ouch that must have hurt but apparently it was so funny we are guessing it never did hurt! If you haven’t checked out “Nautanki Saala”, then be sure to check it out!