The 15th annual Indian Film Festival of Los Angeles (IFFLA) concluded on Sunday evening (April 9) with a red carpet and gala that featured the Los Angeles premiere of Shubhashish Bhutiani’s ‘Hotel Salvation’ starring Adil Hussain who was in attendance, as well as the presentation of the festival’s Grand Jury and Audience Choice Awards presented by HBO.

‘The Golden Wing’, directed by Bobby Sarma Baruah took home the Grand Jury Prize for Best Feature. In awarding the Grand Prize, the narrative jury stated, “We wanted to recognize this work for its artistry in storytelling and filmmaking, its exploration of class and society, and for the seamless and elegant way in which it incorporates music and performance. This is a film that celebrates a woman’s independence, her compassion and humanism and ultimately her enduring reputation as an artist.” ‘The Golden Wing’ was filmed in Assam in the rare Rajbangshi language.

A special jury mention was made for ‘Lady Of The Lake’, directed by Haobam Paban Kumar “for its inspired and distinctly cinematic fusion of magical realism and docu-fiction approaches in depicting the beleaguered fishing community living atop and among the hypnotic floating biomasses of Loktak Lake in the little-photographed Manipur region.”

Shorts Special Mention was given to ‘Gudh’, directed by Saurav Rai “for lyrical storytelling to a film that uses poetic wandering of a child’s memory in a way that is quietly acrobatic, emotionally resonant and ultimately elevates its storytelling to a cinema of the senses.” 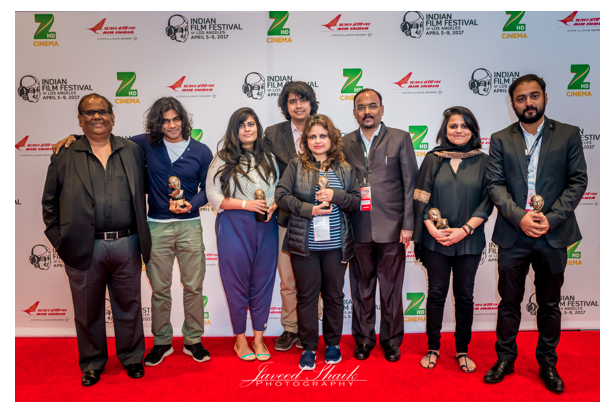 The prestigious 2017 narrative film jurors were:

Judging the short films were actor: