Known for his stylish and trendy but at times funky western men’s wear, Kunal Rawal took a detour this season and redefined western and ethnic men’s wear for Lakmé Fashion Week Summer/Resort 2015. 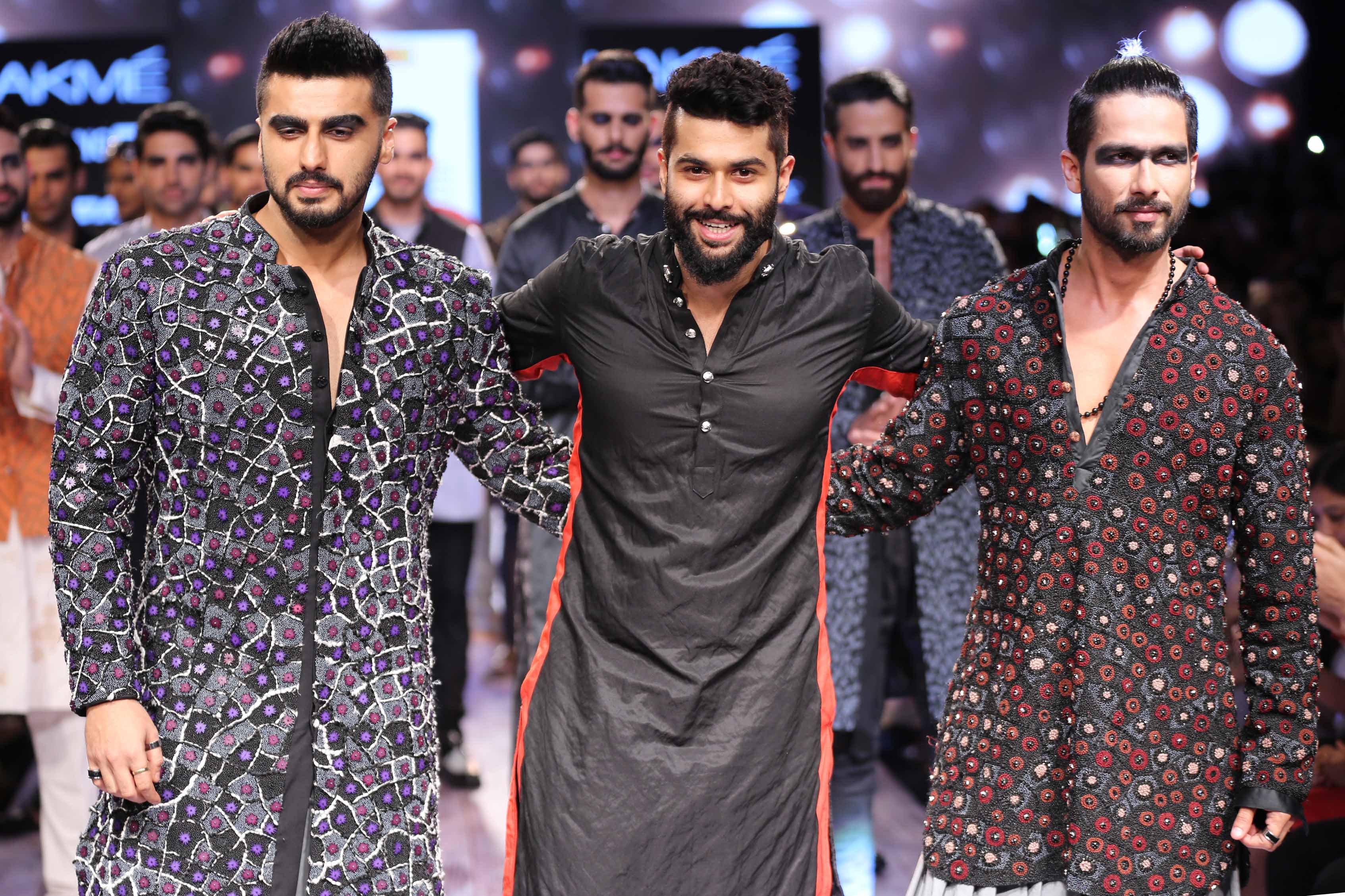 Opening the show with Bollywood’s latest heartthrob, Arjun Kapoor in a mosaic embroidered sherwani, which nearly brought the audience on their feet; Kunal continued with a fast paced high impact men’s wear line that rocked the ramp.The foundation of the very outré collection was the unique influences of using basic lines and dots to add sophistication which was at times quite inconspicuous.With unconventional graphics like tigers or flying birds, Kunal added a new dimension to his style statements. For some out-of-the-box detailing there were panels and pleats employed as stitch techniques to highlight the texture of the garments.

From the Lakmé Fashion Week Gen Next show of 2006, Kunal has moved rapidly up the fashion ladder having worked in over 150 ad films, Bollywood films and is the couturier for several stars of the big screen.Giving a somewhat martial, royal look to the men’s wear, Kunal combined numerous metal insignia and military wear inspirations to create a new genre of Indian wear.Back zippered kurtas and dhoti pants were ideal fashion options. Slogans like “Home is where your clothes are” livened up the print scene on Tees; while the blousons and cropped jackets were in varied prints.

For western wear Kunal also had the Kadi jacket and then introduced the T-shirt kurta besides some trendy shirts, blousons, light weight summer overcoats and stylish aviation hoodies. 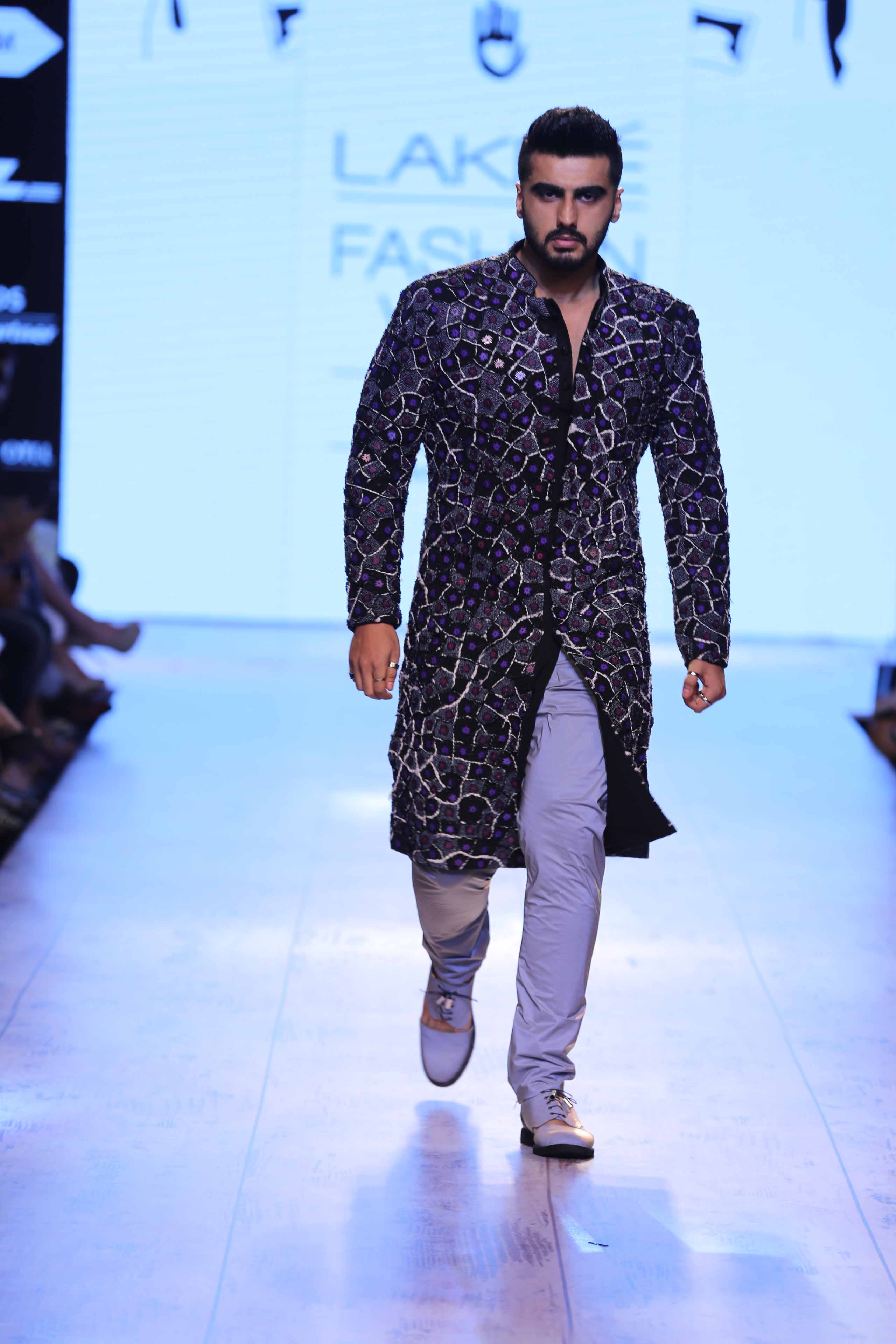 The group of sherwanis with metallic detailing down the front, or sides, gave men’s wear a festive feel.

Specially developed fabrics and a clever play with embroidery for men’s semi-formal wear completed the look. The color story was summer specific with ox blood, vanilla, mint, dense green, some cool lemon and yellow along with warm purple and brown.

Kunal did not stop at just clothes but completed the collection with specially designed shoes that ranged from comfy monk straps, espadrilles, ideal for the heat and stylish lace-ups along with sharp toed styles, which will go well with Indian, western as well as fusion men’s wear.

The show stopper was the very rugged, bearded, Shahid Kapoor who marched down the runway in a 3D fully encrusted shimmering kurta with dhoti salwars.

For the 21st century male who wants to experiment with his sartorial preferences then Kunal Rawal promises to dress him in western and ethnic wear that will make him the talk of the town.