When life gives you lemons, you don’t just make lemonade; it’s the universe’s way of testing how you hustle to survive and thrive! Disney+ Hotstar introduces an all-new story of hustling and surviving with an unusual comedy, Goodluck Jerry. Revolving around the life of a young girl, Jerry, the movie comically puts together her struggles as she goes above and beyond to save her ailing mother. But her path remains riddled with twists and turns in this journey bringing hilarious moments of chaos and comedy. As the movie releases exclusively on Disney+ Hotstar on Jul 29, 2022.

Directed by Siddharth Sen and produced by Aanand L Rai’s Colour Yellow Productions, Lyca Productions, and Mahaveer Jain, the film will release on July 29, 2022 on Disney+ Hotstar. The film stars Janhvi Kapoor as the docile yet gritty character along with a terrific ensemble, including Deepak Dobriyal, Mita Vashisht, Neeraj Sood, and Sushant Singh.

Here are all the reasons why you should watch GoodLuck Jerry!

Janhvi Kapoor, as 24-year-old Jerry struggling to make ends meet, delivers an eye-catching performance far from her glamorous roles. She potently hides a gritty, understated, and comical Jerry behind a clueless exterior. She seamlessly lives up to her ‘Hum jitne dikhte hai, utne hai nahi’ dialogue bringing both depth and lightness to the role. The movie is a testimony to her blooming as an actress. 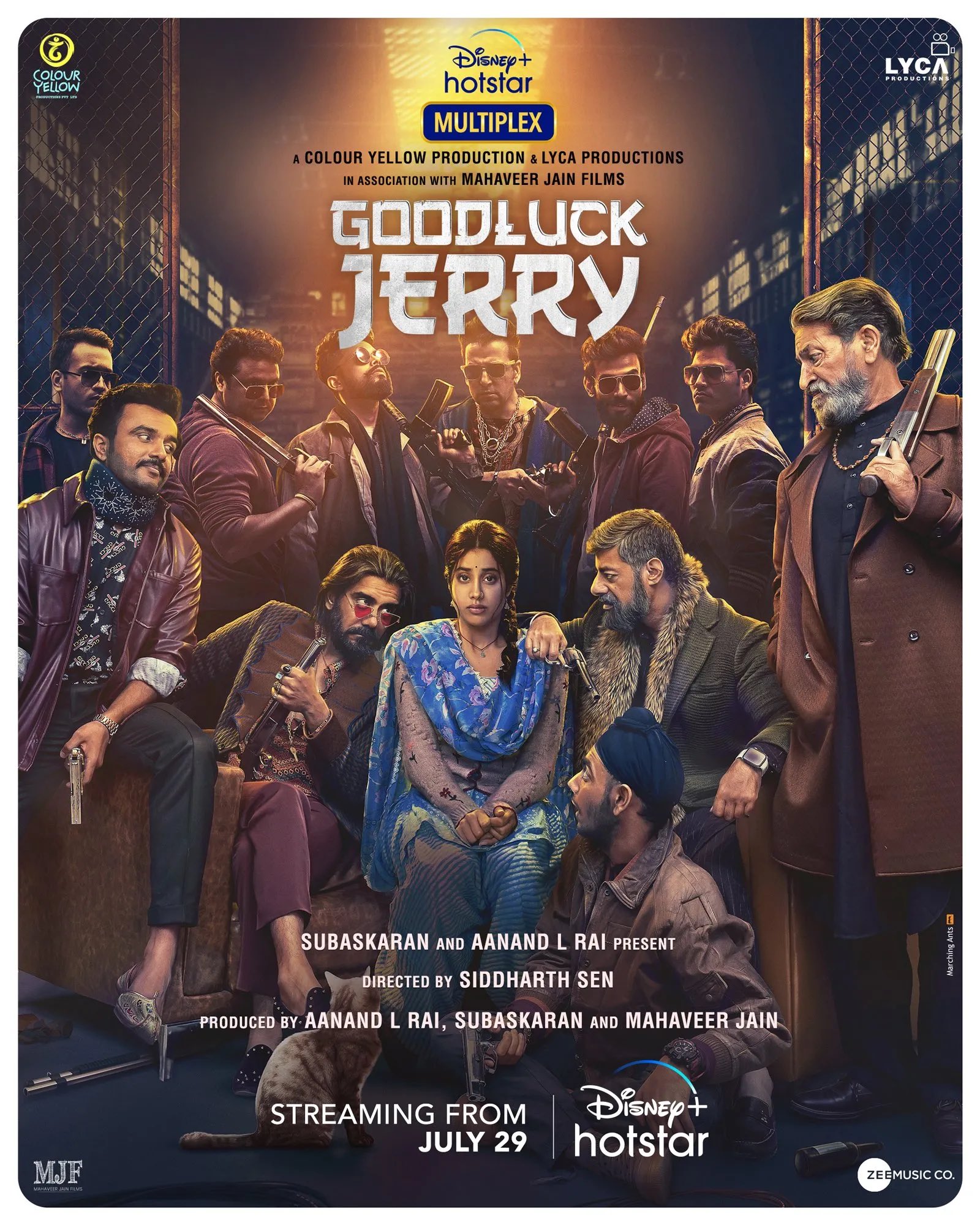 GoodLuck Jerry marks Anand L Rai’s second association with Disney+ Hotstar after the smashing success of Dhanush, Akshay Kumar, and Sara Ali Khan starrer, Atrangi Re. Best known for his romantic comedies, the producer brings his canny ability to see the humor in the grimmest of situations. It turns it into a compelling watch for its audience with GoodLuck Jerry.

Director Sidharth Seng has numerous hit TV series, ranging from romance to drama to thriller. With GoodLuck Jerry, he marks his debut as a movie director bringing a unique storytelling lens that makes the viewer sway with emotions and fall in love with Jerry’s antics.

A con-medy unlike any before

What happens when con meets comedy? GoodLuck Jerry answers that with a hilarious plot combining the two elements. An innocent-looking girl with ambitions, a family, multiple lovers, a drug mafia, and police is not a simple definition for laugh. Still, GoodLuck Jerry ensures that it hits the punchline every time.

The idea behind watching Tom and Jerry is the chase. Be it running into a saucepan or a door or a narrow escape into a rat hole. The adrenaline rush of this chase is captured in human form with Jerry running away from the Toms in her life – namely the police, drug mafia, and multiple lovers. Whether the Toms are chasing her for love or business, the real question to be asked is – where does the chase end? GoodLuck Jerry answers this question soundly by taking viewers on a roller coaster ride.

I'm Divya Chhotani and I'm currently a student at American University in Washington DC! My majors are Psychology and Justice, Law, and Criminology. I'm originally from Austin, Texas but I currently reside in Washington DC. I'm so excited to be on the Urban Asian team! My hobbies include hanging out with friends and family, watching Netflix or the latest crime documentaries, cooking and discovering new places to eat, watching Bollywood movies and singing in the shower, and trying to be like Shreya Ghoshal, and I love hanging out with animals.