Jacqueline Fernandez has hit the 1 million club! The actress has reached 1 million fans on her Instagram page. As an active social media user, the 29-year-old was very excited about reaching this milestone. In her excitement she even posted a collage with the caption that she will now be private on Instagram with her 1 Million followers! 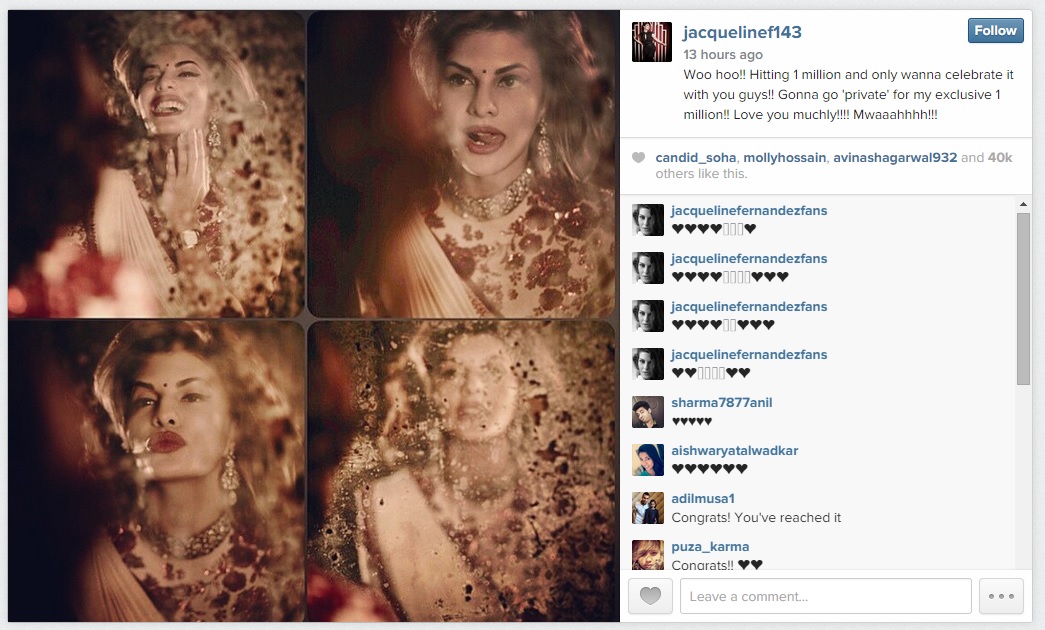 “Woo hoo!! Hitting 1 million and only want to celebrate it with you guys! Going to go ‘private’ for my exclusive 1 million!! Love you muchly!! Mwaaahhhh!”

Wow! Let’s hope she’ll still accept requests from her fans when she goes private! Jacqueline has already hit 1.74 million followers on Twitter and over 12 million likes her on Facebook page. This diva is rocking the social media world! Keep it locked for more updates!