A never seen before gathering of Icons including those from Politics, Sports, Business and Spirituality came together to    celebrate the 21 glorious years of India’s longest running Television show Aap Ki Adalat with Rajat Sharma. 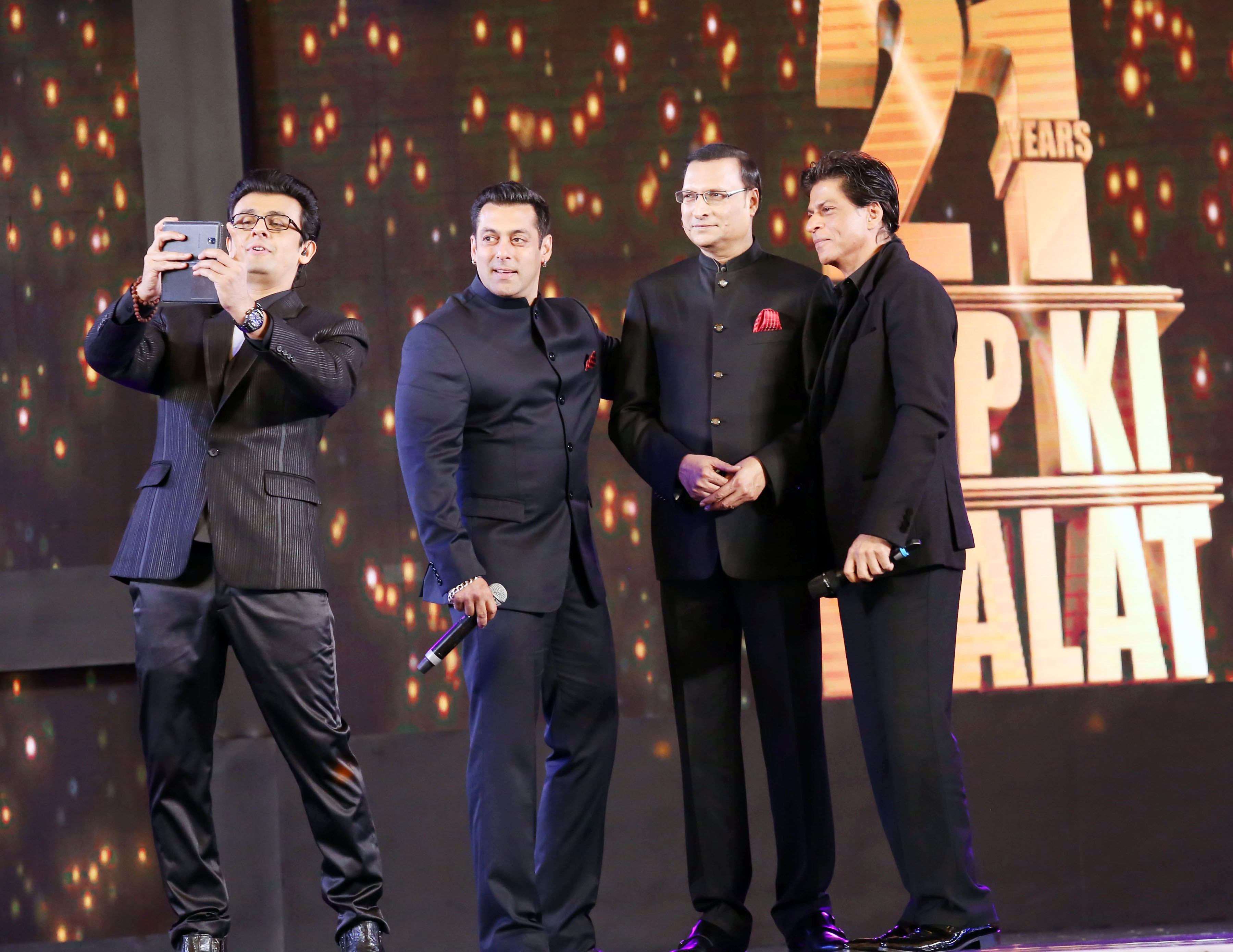 The top highlights of the evening included PM’s Modi’s heartful recollection of his experiences with Aap Ki Adalat and when the Three Khans attempted to put Rajat Sharma behind the dock to grill him.

” In the 21 years of this show, nobody has been forced to reply, Rajat knows the art of extracting a reply through his sweet questioning. Another big quality of Rajat is that he uses his tongue sparingly in his show, but he uses his heart to the fullest. A clever mind works behind this.”

“I am short of words to express how overwhelmed & humbled I feel right now. Over the last two decades I was simply focusing my doing my job right, I never expected the amount of affection & respect showered upon me by all including country’s topmost Icons.” “I am more than grateful to all & most to my viewers who have backed me all through as their advocate while I tried to amplify their voice with who mattered.” he added.

“When we first thought of marking the occasion, we always knew that this is going to an industry benchmark, however I have no doubt now that our expectations have been hugely exceeded. This has been a truly superlative success & people will remember this for a very long time.”

In the last two decades, this top show that has enviably featured almost all top names of their times till date. During the celebration most of the personalities who featured in Aap Ki Adalat in its journey graced this mega event, making it the biggest & brightest such gathering of contemporary times.

India’s Premier GEC Star Plus has also decided to be part of the celebrations. The event will be simulcast on both the channels – India TV and Star Plus on a 7th December at 10 PM. Cineyug, one of India’s premier event management companies managed the show that was hosted by Singer Sonu Nigam.