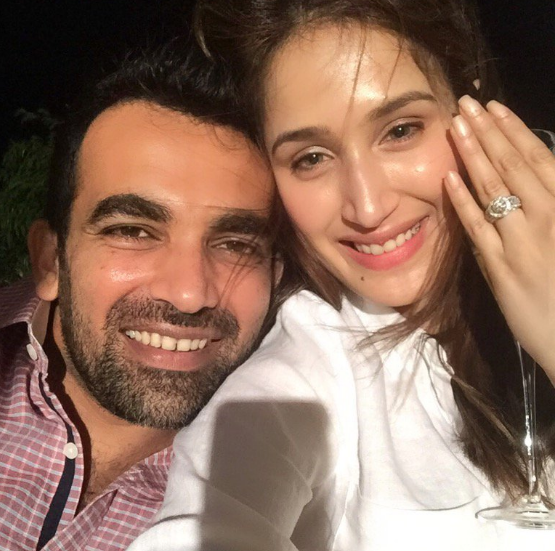 Indian fast bowler Zaheer Khan who plays for Delhi Daredevils in the Indian Premiere League (IPL) yesterday announced his engagement with Bollywood actress Sagarika Ghatge. Zaheer and Sagarika were dating each other since a long time.

The bowler and his “to be wife” took to Twitter to make this announcement.

Check out their tweets:

Never laugh at your wife's choices. You are one of them !!! Partners for life. #engaged @sagarikavghatge pic.twitter.com/rUOtObFhiX

Earlier, Indian cricketer Virat Kohli had announced about his relationship with Anushka Sharma on Twitter as well. And it seems that Zaheer is following the Captain’s footsteps.