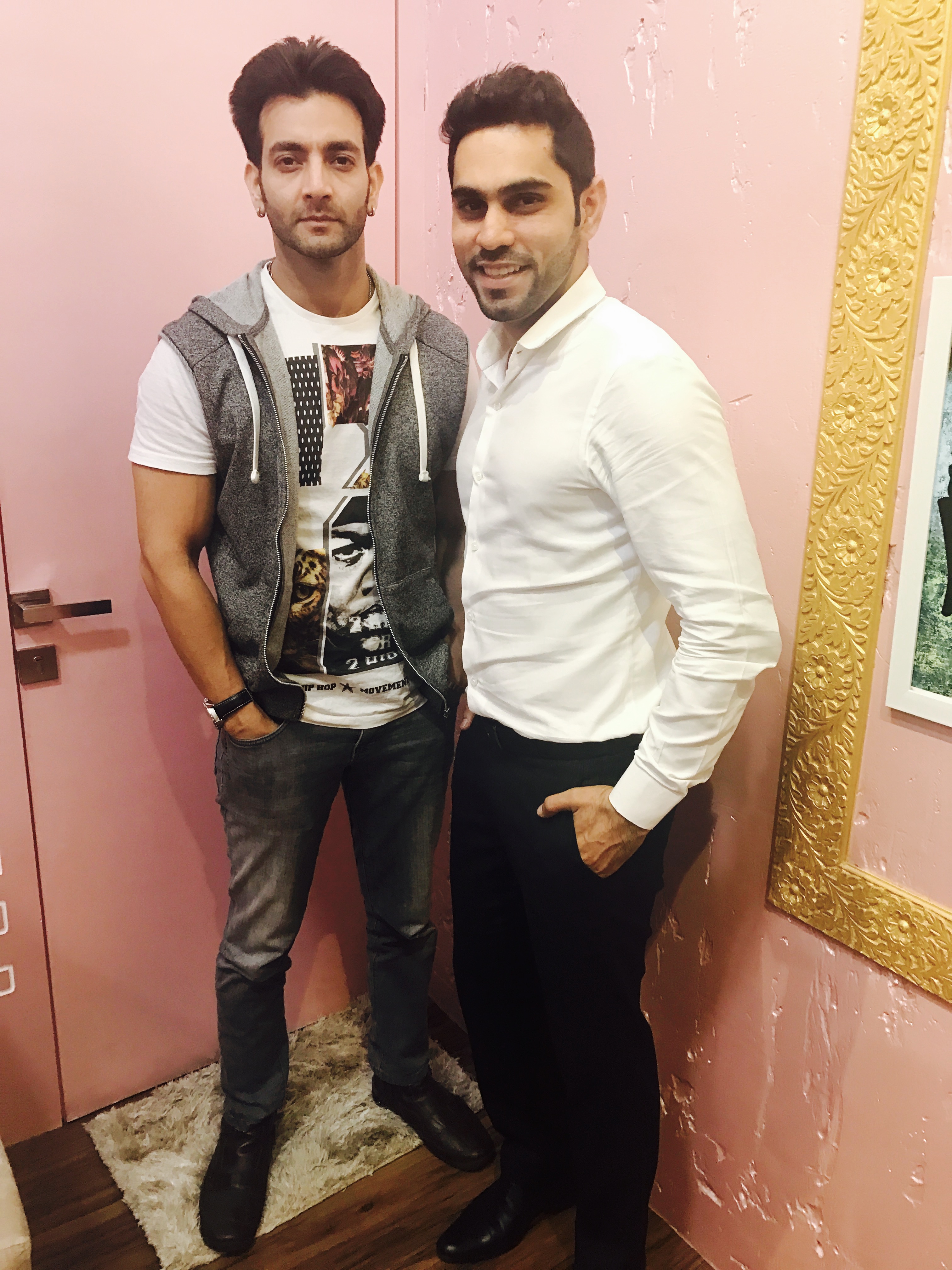 Throw light on the association with Ramman Handa?

> Ramman is like more of a brother to me and we know each other for a long time now. Being actors I got to know that he is opening, starting a production house on his own. Since I had always been into writing but I could never pursue it because of the hectic schedules that I have been going through being a daily soap actor who doesn’t get time to do anything else, I was really very excited for him and really wanted to be with him to support him. Since he asked me to be part, I was quite happy to be associated with him because he had some fresh ideas and kind of our wavelength also matched, our thinking, our conceptualization, everything turned out to be a perfect match with each other. We then thought of doing it together so that even I could explore myself as a writer, as a creative director. So that’s how it happened and I came on board and everything was sorted. So now we are here together.

You are the Creative Director in Natak Entertainment. Throw light on your goals.

> We are here to create something different and we don’t want to follow the normal protocols that people follow, the usual stuff, we are trying to showcase things, we try to make new things which are entertaining and at the same time we make sure that it has a meaningful message to be conveyed. So right now we have completed our first short film Karma and it has a very strong message. Now we are going ahead with a web series because it has a very strong message that we are putting forward and our goal is just to create new things and try to give the audience as much novelty as possible. So we are entertaining people also with a bit of social work.

You are part of Pardes. How do you manage the shooting and creative work?

> Whenever I shoot I normally manage things on phone. We have a group on WhatsApp where we discuss our work. Mostly I speak to the writers and sit with my pen and paper, it’s more of a brain job, mental work rather than being in the office. So whenever I am not shooting or even if I am packing up earlier, we meet late in the night if it’s urgent and I manage it on the phone mostly. Whenever I don’t have a shoot scheduled, I go to the office, sit there and have meetings and then make the agenda of the things to be done.

What do you have to say about the concept of the web series No Casting No Couch Only Ouch?

> No Casting No Couch Only Ouch has a very strong message which we are putting ahead. It’s about a person, it’s a fight of a person with himself where normally we show that family is not supporting a member who is confused about his gender and he doesn’t know what to do because our society doesn’t accept such people. So normally what happens in our society is parents and family do not accept them as they are. So we are trying to show people that there is a brighter side to all such things and if parents support such things and try to understand what they are going through might make a hell of a lot of difference in developing an individual otherwise they become something else. On the other hand, these people are very normal and they just can’t understand what their gender is because they are scared of the society. They keep it hidden; they get scared of people who treat them very badly. So we are showing that how a family support can develop them and bring them out, bring the best person out of such people and it’s a very strong message that we are putting out in the society that these are normal people like how we are and since they are getting priority worldwide and we should also accept them, they can be really good part of the society.

What is the level of your involvement in No Casting No Couch Only Ouch?

> It was a vague one-liner that was there in Ramman’s mind so I really sat on it and it was mental brains on me that I went through and we developed that one line into a big concept. So earlier we wanted to shoot it as a short film but we got so excited with the whole subject so we got writer Mr. Sanjeev Vig and he wrote the screenplay, we sat on the story and we turned it into a web series. We thought that a short film will not be lengthy enough to make people understand this which are a very sensitive concept so we went ahead and turned it into a web series so that we can make it clear to the people. So my involvement is like, it was just a vague one line that Ramman had in his mind and so I developed it into a concept and then with the help of our writer and then developed it into a web series. So my involvement in this project is on a creative level