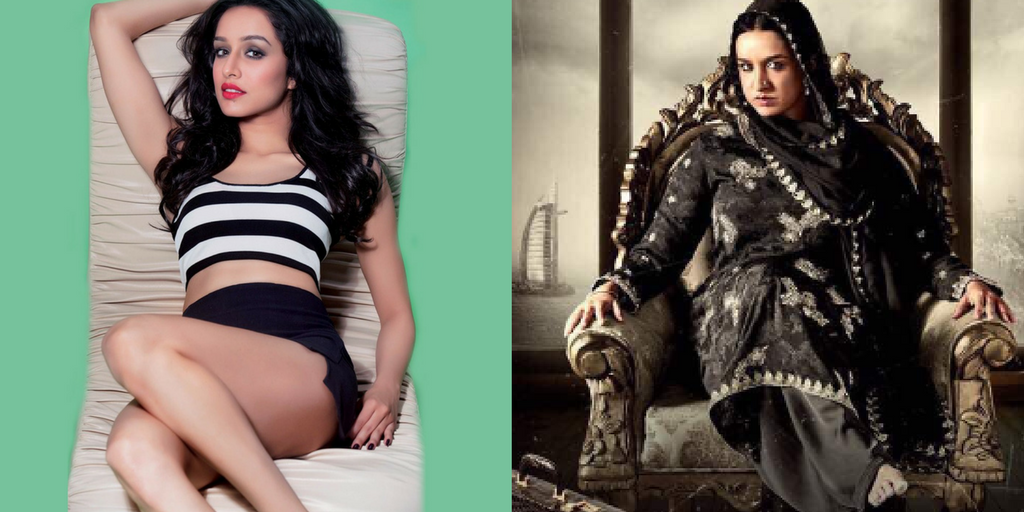 Actress Shraddha Kapoor, who is most of the time played the girl-next-door character in her films, will be seen essaying the role of gangster Haseena Parkar, the sister of dreaded don Dawood Ibrahim in Apoorva Lakhia’s upcoming flick ‘Haseena’ and we bring to you Shraddha’s journey in this film.

The director took to his Twitter page yesterday to tweet a snap, which shows Shraddha as a teenager and as a 45-year-old woman.

Younger & older.Thank you @ApoorvaLakhia for giving me the opportunity to play this character & for holding my hand through out. #HASEENA pic.twitter.com/uKu6tEbcAX

A source related to the movie revealed:

“She had to come three hours before her first shot as it took much time to put on the prosthetics and because of the heat, the make-up would melt and she had to redo it at lunch. She started costume and make-up trials almost two months before the shoot.”

“Shraddha is supportive and would always ask me to take my time. She would come early, sometimes before us. She and Apoorva gave a lot of inputs and it took us one month and 12 trials to get the perfect look.”

‘Haseena’ is being presented by Swiss Entertainment and has been produced by Nahid Khan. The film is slated to release on July 14th, 2017.