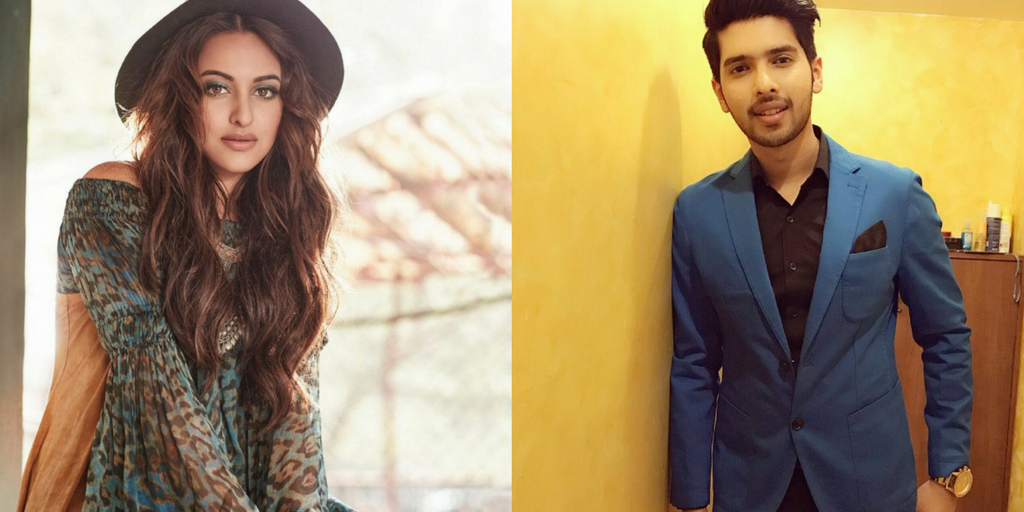 Sonakshi Sinha was supposed to be one of the opening acts for the upcoming Justin Bieber concert in Mumbai. Justin is scheduled to perform at the DY Patil Stadium on 10th May 2017.

However, Sonakshi’s addition on the performance didn’t go down too well with few singers.

Kailash Kher was the first among other singers to speak on this issue.

“It doesn’t give a good message internationally… Whenever any singer from the West comes to India, we get an actor on board to match their level. We don’t get a singer for another singer, but an actor. Event managers and producers of the entertainment industry are so scared.”

Even Armaan Malik supported Kailash and posted the following message on Twitter:

To this Sonakshi replied: 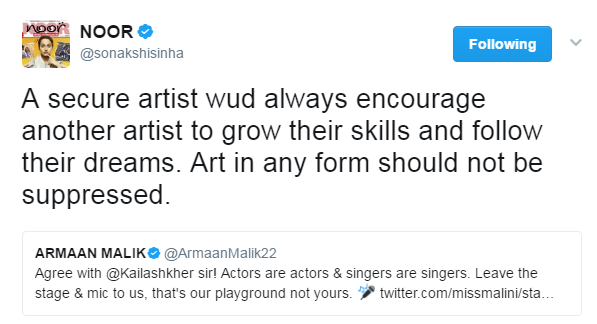 Umm!! Guess Sonakshi got confused with Armaan Malik and his brother Amaal Malik who is a composer.

To this Armaan replied:

“It takes years of practice and devotion to be a professional. Be it acting, singing or any art for that matter. If you do something, do it well. Millions of singers are finding opportunities to work. Imagine how crushed they would feel when they see non-singers getting that chance?”

“Musicians = Singers and Artists who have some musical knowledge at least”.

The latest update on this news is that Sonakshi might not even perform at the Justin Bieber concert.

“First of all, I am not performing at the Bieber concert. Secondly, I am an actor who also loves music, loves to perform and sing. And if anyone has a problem with that, in the wise words of Bieber himself, they can go ‘love’ themselves”.

Well, it will be interesting to see now which actor will perform at the concert!