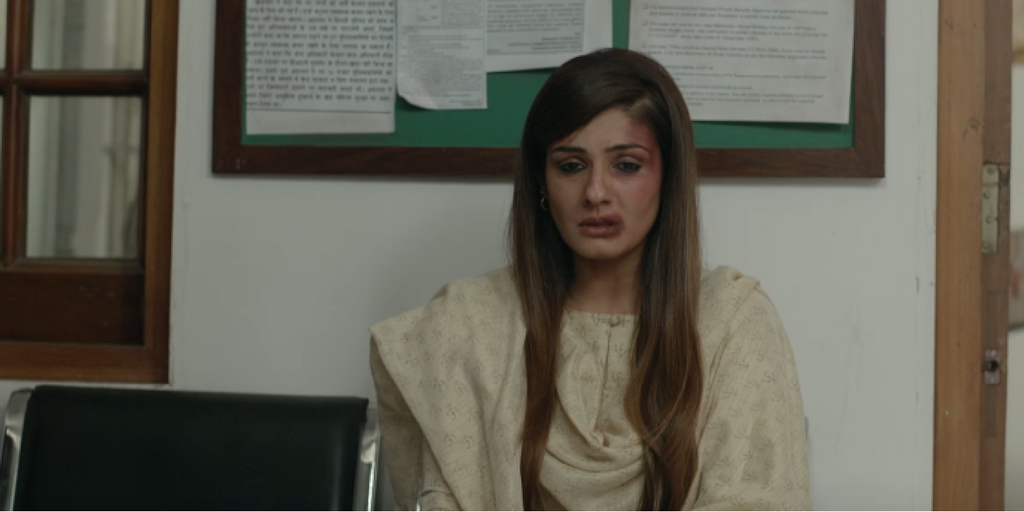 With her upcoming project ‘Maatr’, Raveena Tandon is going to be seen in a fierce avatar, ready to seek redemption against the system and corrupt individuals.

As the title of the film speaks about a mother, it holds a lot of meaning in itself. A mother can go to any extent to protect her child. Commenting on the same, Raveena said:

“Without revealing much, I can definitely tell you that it is a very thought provoking film. The character I’m playing is of a mother and about a family that undergoes something that is horrifying”.

Be it Varun Dhawan in ‘Badlapur’ or Alia Bhatt in ‘Udta Punjab’, we have often seen how hard-hitting films leave an impact on actors. Talking about her experience while shooting for ‘Maatr’, Raveena said:

“I have shot this on reel, but believe me I was disturbed for days together. I can only imagine, of the living nightmare that a victim and their family goes through and the brutality they have to face in the real world”.

The strong personality that she has, Raveena is one of the few actresses in the industry who has never shied away from expressing her views on what is right and what is wrong. The film also talks about how more often than not, the judicial system fails to help a common man which leads to a lot of frustration among those seeking justice.

Directed by Ashtar Sayed and written by Michael Pellico, the film has been produced by Anjum Rizvi, Manoj Adhikari and Pugmark Films. ‘Maatr’ will be releasing on 21st April, 2017.