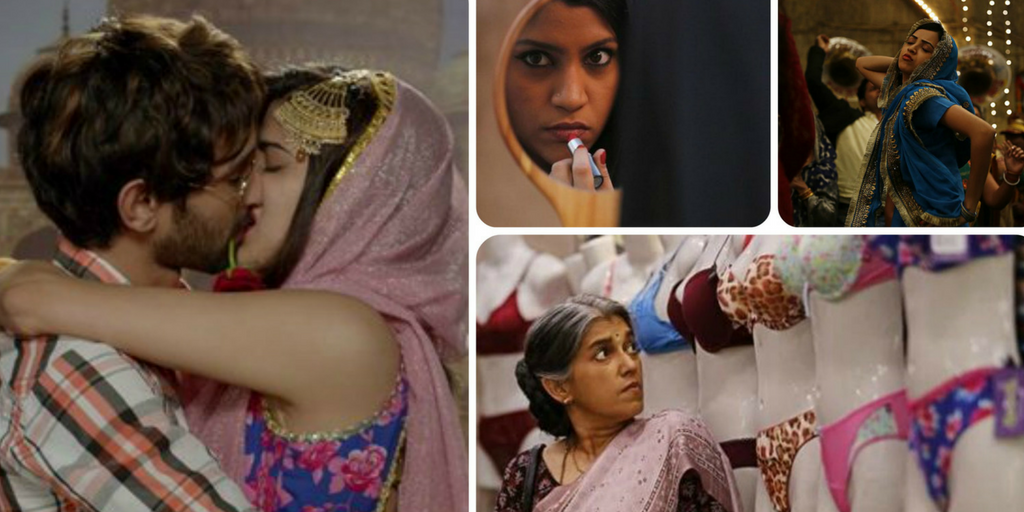 Prakash Jha production, ‘Lipstick Under My Burkha’ which has been banned by Central Board of Film Certification (CBFC), by calling it a ‘lady oriented’ film, was announced to be eligible for the coveted Golden Globes Awards at the gala night.

After its screening in Tokyo, the film was much-admired by the audiences and was selected at Indian Film Festival of Los Angeles (IFFLA) for the opening gala night.

“We are honored that the Hollywood Foreign Press Association has chosen our opening night film, ‘Lipstick Under My Burkha’, to be an official Golden Globes qualifying screening. The director of the film will now have the opportunity to properly plan a Golden Globes campaign should she choose to submit the film for nomination. Our goal in working closely with Hollywood Foreign Press Association is to ensure that the Golden Globes are on the radar of filmmakers in India and that they become more and more aware of this platform and can begin to formulate their strategy.”

Director of the movie, Alankrita Shrivastava shared her excitement:

“This was really unexpected to me. This is a big leap for me and my team.”

In an email interaction, the producer of the movie said:

“It’s a character driven story of four women exploring the idea of freedom in the Indian society. I am very hopeful towards the CBFC. I hope the judgment will be reversed soon. Lipstick Under My Burkha is a very universal film, it transcends cultures and countries. I am glad that the Hollywood Foreign Press association recognized that quality and made the IFFLA opening of Lipstick Under My Burkha an official screening of the HFPA, thus making our film eligible for the Golden Globes.”