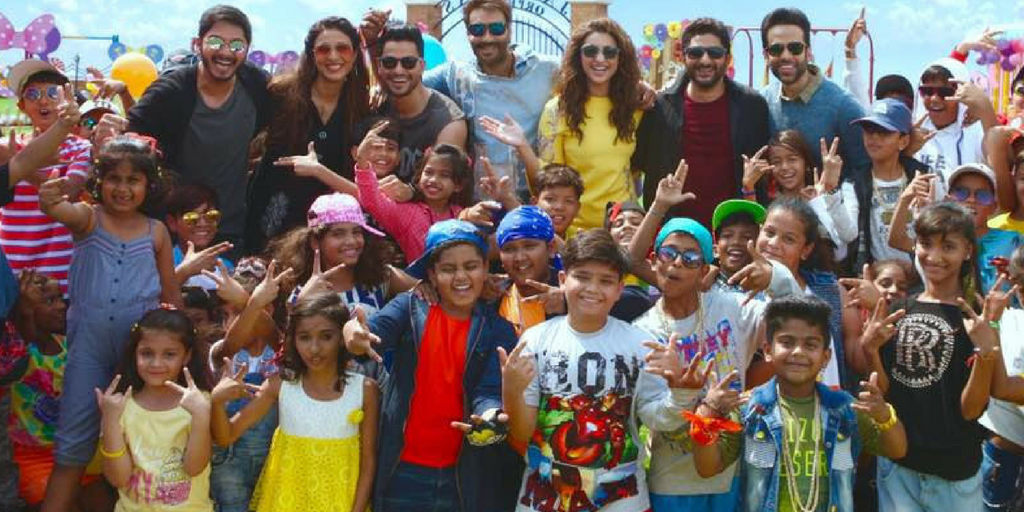 There was never any doubt in the minds of filmmaker Rohit Shetty and Bollywood superstar Ajay Devgn that they would arrive with their laugh-a-riot ‘Golmaal Again’ on Diwali 2017.

It so happens that ‘Golmaal’, now in its fourth part is one of Bollywood’s most successful franchises and has a huge demand with audience across segments, especially children. Naturally, Rohit has been inundated with messages from the distribution and exhibition circles on whether the film was keeping its date with the festival of lights again.

One must add here that the fourth installment has an even bigger cast—Ajay being joined by Parineeti Chopra, Tabu, Neil Nitin Mukesh,Arshad Warsi, Tusshar Kapoor, Shreyas Talpade and Kunal Kemmu—there has been a palpable excitement in the trade and the audience about the film.

“Part 2 and 3, i.e. ‘Golmaal Returns’ and ‘Golmaal 3’ were both Diwali releases and they rocked the box-office.  This film is ideal for Diwali and a family audience. And when Rohit mounted the film on the floors this March, he knew he was going to keep his date with Diwali.’’

Of course, there has been constant speculation on whether it made sense for ‘Golmaal Again’ to clash with the Rajinikanth-Akshay Kumar starrer ‘Enthiran’ (Tamil) that is also being simultaneously released in Hindi as ‘2.0’.  And off-late it also seemed like the box-office window was becoming over-crowded because Aamir Khan has decided to push his next home-production ‘Secret Superstar’ to October.

However, the people, who are associated with Golmaal, always knew that their original date of release would be Diwali. They were the first to announce that they were coming and in their minds, they never did doubt whether they would stake their claim to the festival weekend or not.

Shibasish Sarkar, Chief Operating Officer of Reliance Entertainment, the studio which is jointly producing the film with Rohit Shetty, stated that:

“’Golmaal Again’, one of the most successful franchises of Indian film industry has created huge curiosity and demand among the exhibitors and distributors of the country. On their demand, we decided for a wide scale release in the Diwali weekend of 2017, which will be apt for families and children in the festival period.”