Tuning into The Kapil Sharma Show which is one of our favorite things to do during the weekends! Talking about the show, the first two names that come in our mind are of Kapil Sharma and Sunil Grover aka Gutthi, Rinku Bhabhi or Dr Mashoor Gulati.

Fluent in sarcasm, the quick witted Kapil Sharma who has been winning over millions of hearts with his brilliant comic timing along with Sunil Grover who surprises the audience with the diversity in his acts, make up for a great duo in the comedy genre!

Here are the 5 best moments of Kapil and Sunil:

1) When Sunil Grover went out of bounds to make Salman Khan go crazy:

The birthday boy left no stone unturned to make Salman Khan laugh his heart out when he came to ‘The Kapil Sharma Show’ to promote his movie ‘Sultan’ with his co-star Anushka Sharma. Sunil Grover made an extra effort to perform on medley songs of ‘Sultan’, Salman Khan. The funny thing was that every time the song was played, Grover was dressed up as the female co-star of Salman Khan. And Salman rolled over the floor laughing his lungs out every time he saw Sunil dressed up as his female co-stars.

2) A total entertainment package by Doctor Gulati and Kapil Sharma:

In an episode featuring Shah Rukh Khan and Nawazuddin Siddiqui, Doctor Gulati was at his crazy best to entertain the crowd with his drunken act. From literally rolling on the floor to taking names of SRK movies with an alcoholic’s perspective; like Beer Zara instead of Veer Zara, he did it all.
Kapil was no less, he also didn’t miss out on shooting his hilarious one liners.

3) When Doctor Mashoor Gulati and Rajesh Arora decided to roast each other: 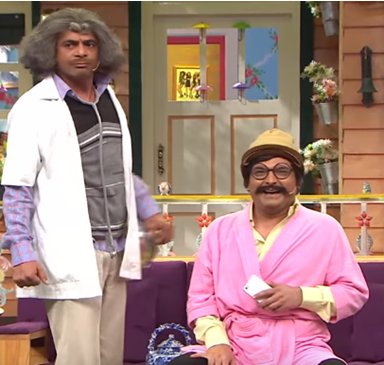 Apart from his regular sketch, Kapil Sharma plays the role of a stereo-typical uncle named Rajesh Arora in this episode. When these two characters decided to act opposite each other, the comedy literally tickled your ribs! It went something like this:

4) An episode where Dr Mashoor Gulati expressed his feelings for Aishwarya Rai: 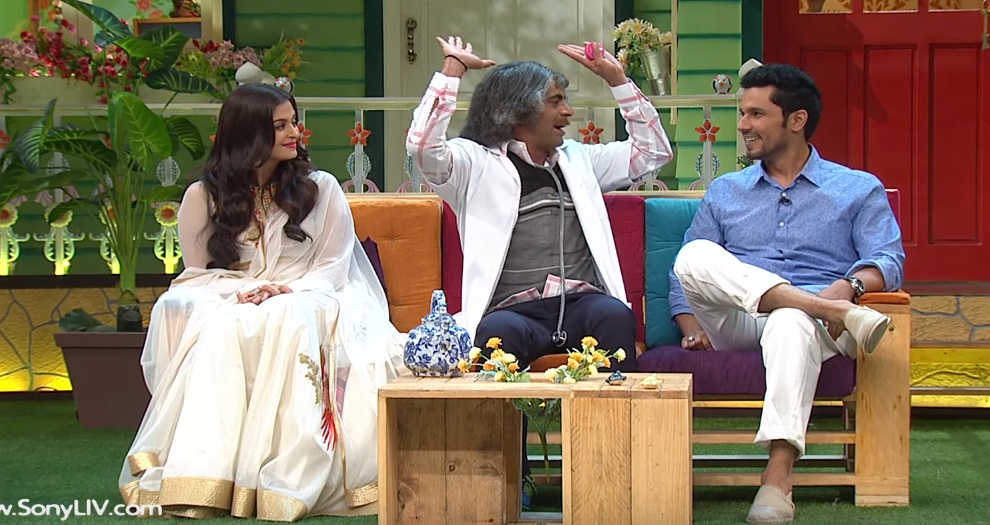 The episode where Aishwarya Rai had graced the show to promote her movie Sarbjit was an unforgettable one, all thanks to Sunil Grover for his rom-com act. One cannot easily forget the ways in which he tried to woo the beautiful actress, may it be by smearing cake on his face, showering rose petals on her from the terrace or eating a heart-shaped piece of watermelon. Not only Aishwarya and Kapil, but the audience were also left roaring with laughter

In a segment where Kapil decided to play a KBC version of their own with the Deol brothers; Bobby and Sunny. The expert panel included Kiku Sharda as Santosh and Sunil Grover, who had taken the avatar of Navjot Singh Siddhu. With his impeccable performance and hilarious shayaris, this act turned out to be a memorable one as well.

6) Kapil and his incredible comic timing: 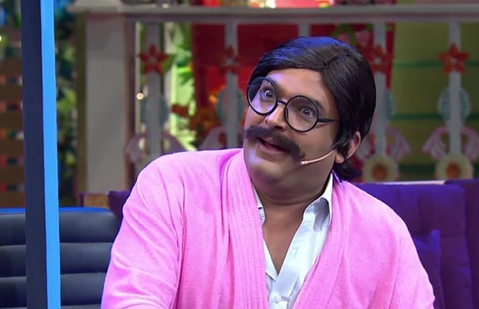