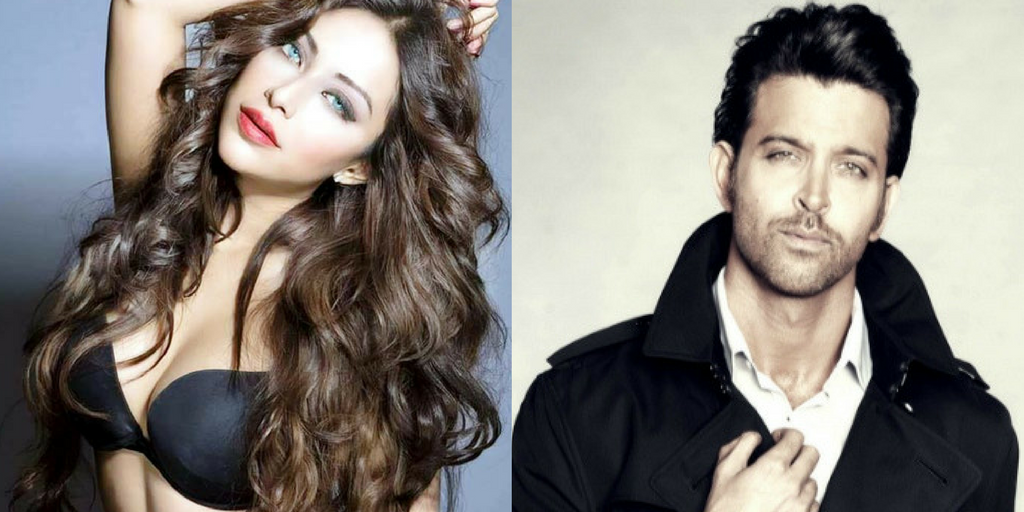 Angela Kriskinzki today got into a bit of a controversy when she called Hrithik Roshan her mentor and the actor denied it on Twitter saying:

“My dear lady, who are you and why are u lying.”

It all started when Angela told on social media that:

“Like every other newcomer, I had a crush on Hrithik when I worked with him for the first time in a commercial. When I told him about my half-Spanish background, he was reminded about the old-world charm of Valencia and Spain. He was supportive and gave me acting tips.”

Angela was last seen in Tollywood film, ‘Size Zero’, and is now expected to make it big in Puri Jagannadh’s ‘Rogue’. There were reports that Hrithik had great plans for her and may even consider her for one of his big films, once she has wrapped up her assignments down South.

The actress shared her insecurities with Hrithik:

“I told him it would be difficult for me to access filmmakers and get the right roles in Bollywood because of my international looks. He assured me that it was all about confidence and asked me to work on my acting skills and Hindi diction. That conversation with him changed my life.”

Hrithik Roshan reacted to this saying, 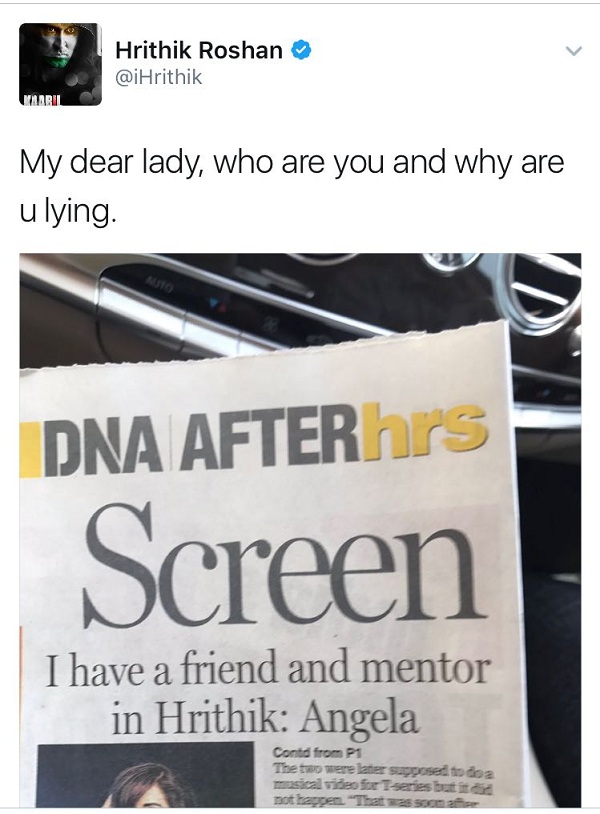 He claims he doesn’t know her but Angela’s Instagram has a lot of pictures of her with the actor. And guess what Angela wrote an apology on Twitter to Hrithik.