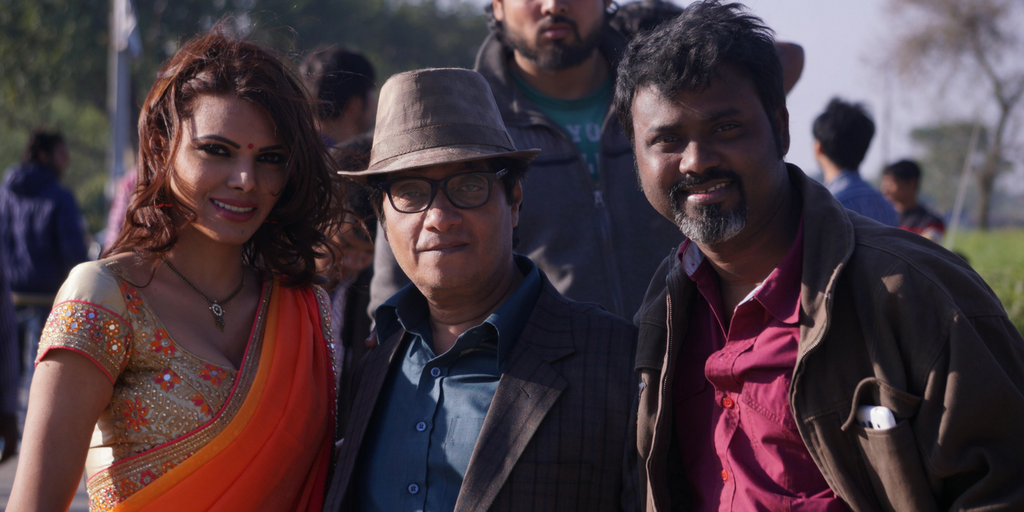 Writer-turned-director Aaryaan Saxena is on a high these days as the popular writer who has penned down the screenplay of ‘Mickey Virus’ and story, screenplay, and dialogues for ‘Desi Kattey’ and ‘Saavi – A Bonded Bride’ directed a romantic comedy web series called ‘Chameli’ which stars Sherlyn Chopra and Brijendra Kala. It is produced by Pragyesh Singh of TNV Films.

Sherlyn Chopra would be seen in an entirely different avatar which the audience have never seen before. She is playing a desi character and has been paired opposite Brijendra Kala who, as always, has done a fantastic job. They recently completed their entire schedule in Lucknow.

Director Aayaan has also wrapped up a short film called ‘Half Truth’, an edgy thriller which will be showcased in the festival circuit and would be out in the month of April.