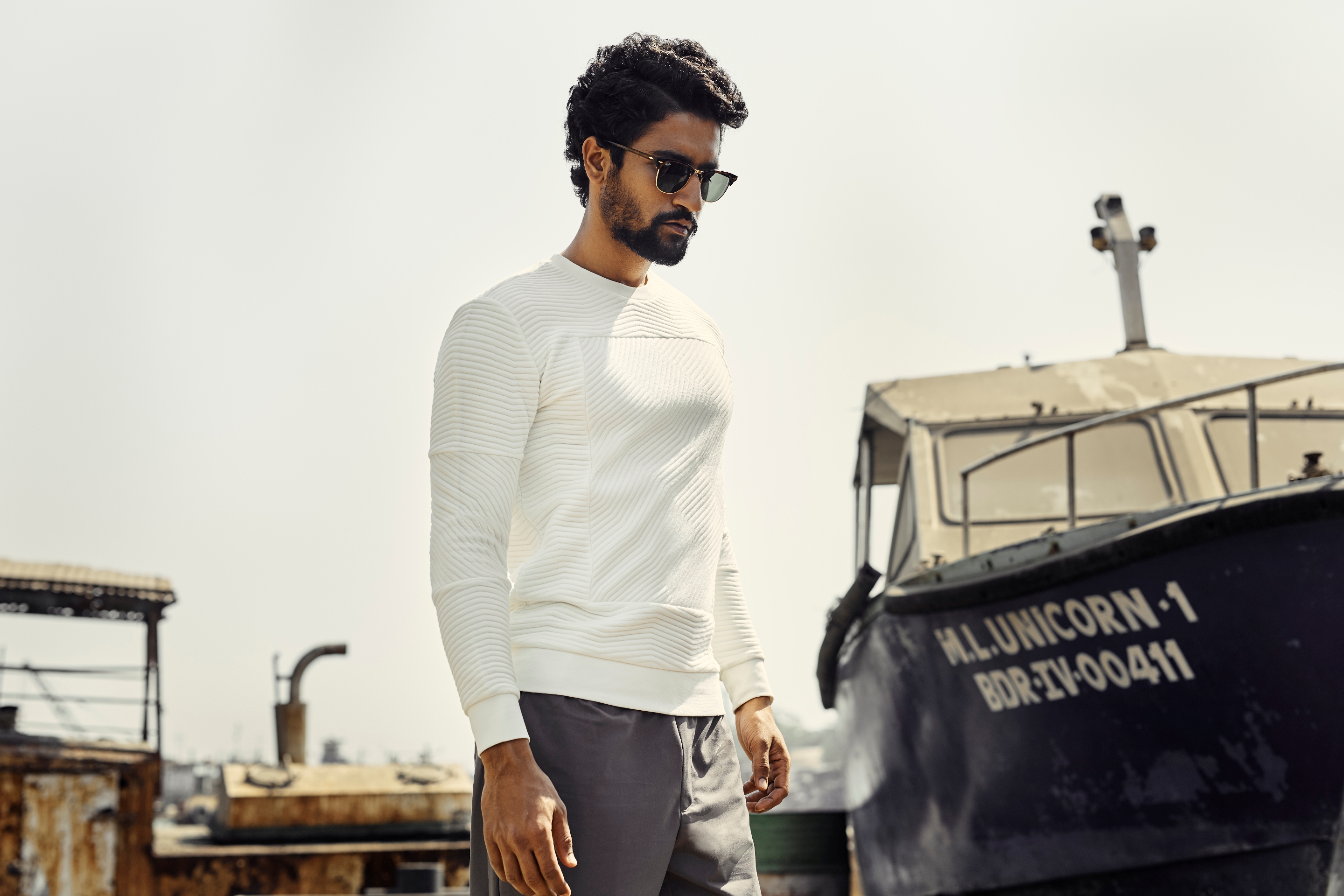 The sweet innocent looking boy from ‘Masaan’ who turned into an aggressive cop in ‘Raman Raghav’, Vicky Kaushal started his acting career in Bollywood in 2015 and now in 2017 he is already doing a Rajkumar Hirani’s movie which is a biopic on Sanjay Dutt. This movie is going to be the biggest biopic made this year.

We all know few things from Dutt’s life but this movie will be an open window to his life. While Vicky is not allowed to speak much about his character, we did notice that the actor has restricted himself from appearing in public. Also, we saw that his last few appearances were less interacting with the press and was with a cap on.

We are eager to see what will the casts looks be like and who will be playing what character from Sanjay Dutt’s life.