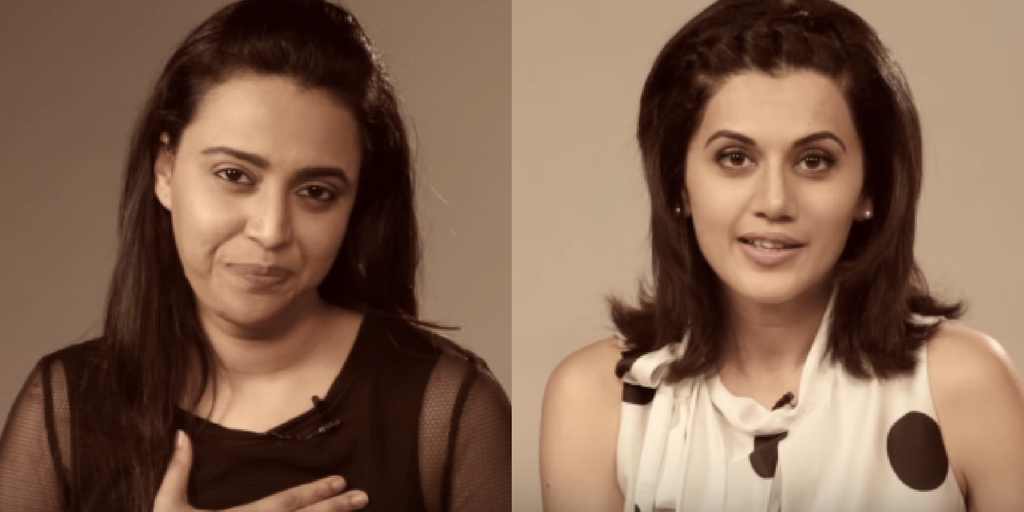 Bollywood actors Taapsee Pannu and Swara Bhaskar have come up with a wonderful video that takes a dig at the negative attitude of society that scrutinizes women for their body and dress. The video was released last evening and has already gone viral.

Titled ‘How Much Cleavage Is Good Cleavage’, the video showcases the two actors talking about various scenarios and the perfect neckline. From office to parties, gym and even crowded, public places, Swara and Taapsee have all kinds of situations covered up for you.

On the work front, Swara Bhaskar will be seen as a kinky singer in debutant director Avinash Das’ ‘Anaarkali of Aarah’ that is set to hit the screens on March 24.

Taapsee Pannu, on the other hand, is gearing up for the release of ‘Naam Shabana’, where she essays the role of an undercover agent. The Shivam Nair-directed film which also features Akshay Kumar in a special role, will release on March 31.