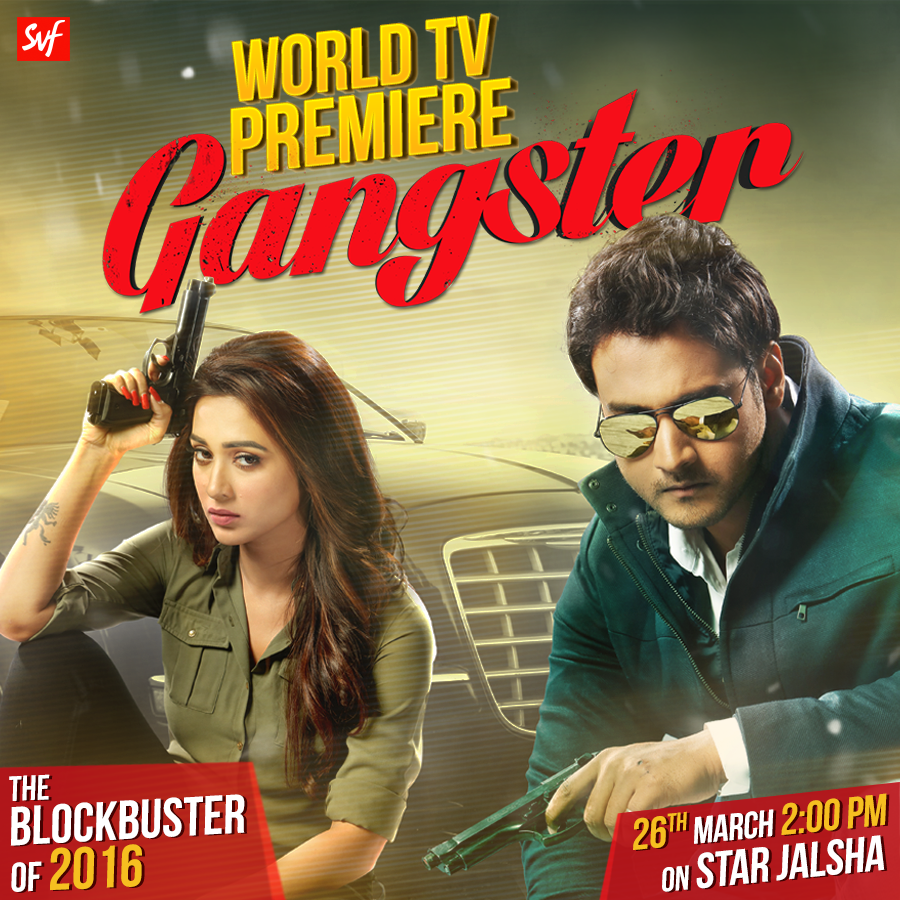 This Sunday the Bengali GEC channel, Star Jalsha telecasted the world television premiere of the blockbuster film-Gangster. Whereas, Jalsha Movies will telecast it at 9pm on April 09, 2017.

Directed by Birsa Dasgupta and produced by SVF Entertainment, ‘Gangster’ was released in theatres on 7th Oct 2016. It is written by Shweta Bhardwaj Sharma and Manish Sharma, and is Yash Dasgupta’s debut film. Yash received accolades as the Best Debut Actor (Male) at Filmfare Awards (East) 2017 and was also declared the Best Debutant Actor of the year, at Star Jalsha Pariwar Award for his performance in the film. The film’s music also fetched the Best song of the year–for ‘Thik Emon Ebhabe’– and Best album of the year at Mirchi Music Awards.

When asked about his expectation from ‘Gangster’s TV premiere, post its success at the box office, Yash said:

“Gangster worked in the first place due to the fact that it was a complete entertainer. It had its target audience in place. People loved the chemistry of Kabeer & Ruhi and I hope it will work even better on television. The dialogues of the film had become immensely popular. I am looking forward to the reaction of my TV audiences.”

Gangster is a romantic thriller. The story revolves around Kabeer(Yash Dasgupta) &Ruhi(Mimi Chakraborty), who are star-crossed lovers aiming to live a simple, happy life with each other. But their past becomes the biggest threat in them realizing their dream.