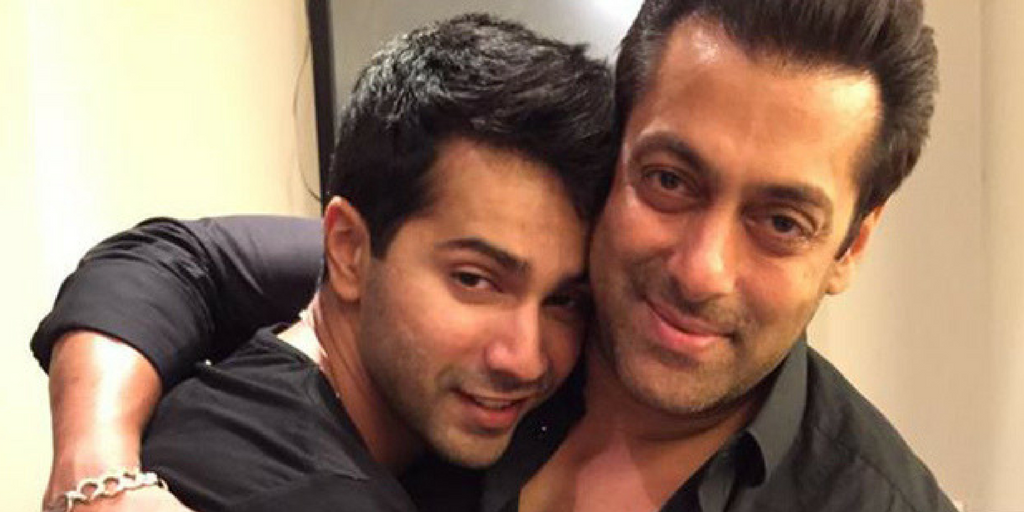 Varun Dhawan, Jacqueline Fernandez and Taapsee Pannu’s, ‘Judwaa 2’ hit the floors last month and after a small schedule in Mumbai, they have taken a break. The movie has already created a buzz the beginning as it is the sequel to one of Salman Khan’s early hits – Judwaa.  Varun will be seen stepping into Salman’s shoes for the movie and while reports suggested that Salman would have a small cameo in the movie, well, there is more than that.

Salman won’t just have a cameo in ‘Judwaa 2’, he will also be recreating one of his iconic dance numbers in the movie along with the new starcast. A source close to the movie revealed:

“The plan is to give fans of the original movie a moment of nostalgia by showing him groove to his own song, but it’s yet to be decided which of the two songs he will appear in. The number will also feature the new leads, Varun Dhawan, Jacqueline Fernandez and Taapsee Pannu. The song will be filmed in a Mumbai studio once Varun and Taapsee are done with the upcoming 40-day UK schedule in April.”

When Varun was asked about Salman‘s part, he told:

“It’s a surprise, let it remain a surprise. People will be happy with it. All I can say is we are working on it. We are all aware it’s a big responsibility and we will try and do our best.”

We would love to see Varun and Salman shake a leg together in the film!