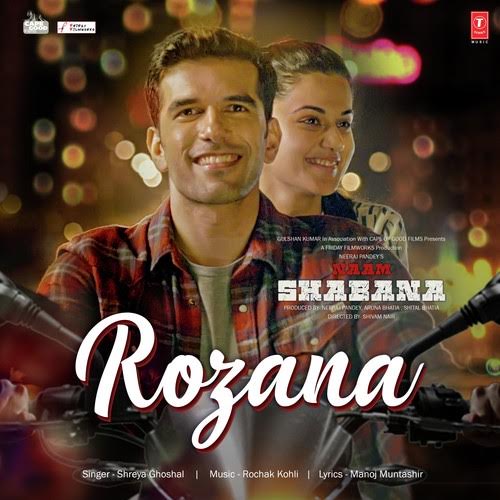 After receiving a great response for the action-packed trailer of ‘Naam Shabana’, the makers have released the film’s first song Rozana today. Sung by Shreya Ghoshal, the song explores the emotional and personal side of Shabana, played by Taapsee Pannu.

Composed by Rochak Kohli, the song’s lyrics are penned by Manoj Muntashir.

Naam Shabana releases in cinemas on 31st March, 2017. Starring Taapsee Pannu, Manoj Bajpayee, and Anupam Kher in the lead, it is produced by Neeraj Pandey and Shital Bhatia. Directed by Shivam Nair, Naam Shabana is distributed by Reliance Entertainment.