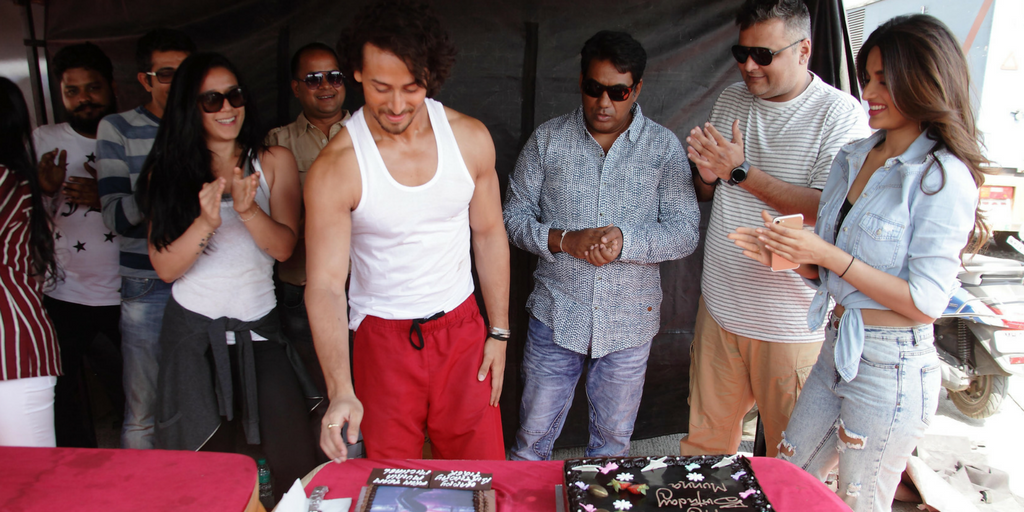 It was a working birthday for Tiger Shroff who turned a year older on Thursday, March 2. The young star brought in his special day on the sets of his forthcoming film, ‘Munna Michael’, produced by Eros International and Viki Rajani and directed by Sabbir Khan.

The ‘Munna Michael’ team went a step further by ordering a massive chocolate cake for the birthday boy. Surrounded by crew members, Tiger blew out the candles and took a bite out of a delicious chocolate cake along with his sister Krishna Shroff (assistant director on the project), with Viki Rajani and Sabbir Khan.

Besides surprising the young star on his birthday, the makers have also planned to shoot an important sequence on a highway which was specially blocked for the shoot.

“We have shot a major action sequence on a highway which we have blocked specially for a particular scene. It was a really exerting day for Tiger but he was happy that we called this huge cake for him and distributed to the unit and many fans who thronged the set. It’s a regular shift and we finished shooting late in the evening.”

“It’s becoming a tradition now that Tiger spends his birthday shooting with me and what better this time to shoot a high-octane action sequence on a busy highway amidst 300 speeding cars.”