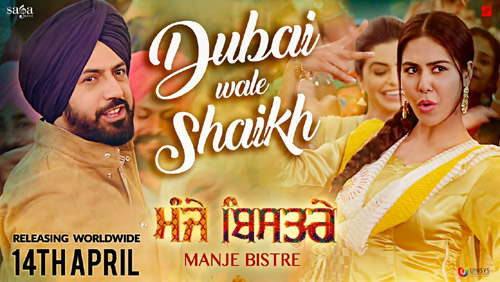 The makers of ‘Manje Bistre’ have released the second song video from the film titled, ‘Dubai Wale Shaikh’. Sung by Gippy Grewal and Nimrat Khaira, the track has been composed by Jay K (Jassi Katyal) with lyrics penned by Happy Raikoti.

Gippy plays the character Sukhi, while preparing for his sister’s wedding meets Rano and immediately falls in love with her. Rano, being Sukhi’s sister’s friend is hesitant to get involved with him. What follows then is a riot of events and laughter.

Directed by Baljit Singh Deo, ‘Manje Bistre’  is set to release in cinemas on 14th April, 2017.