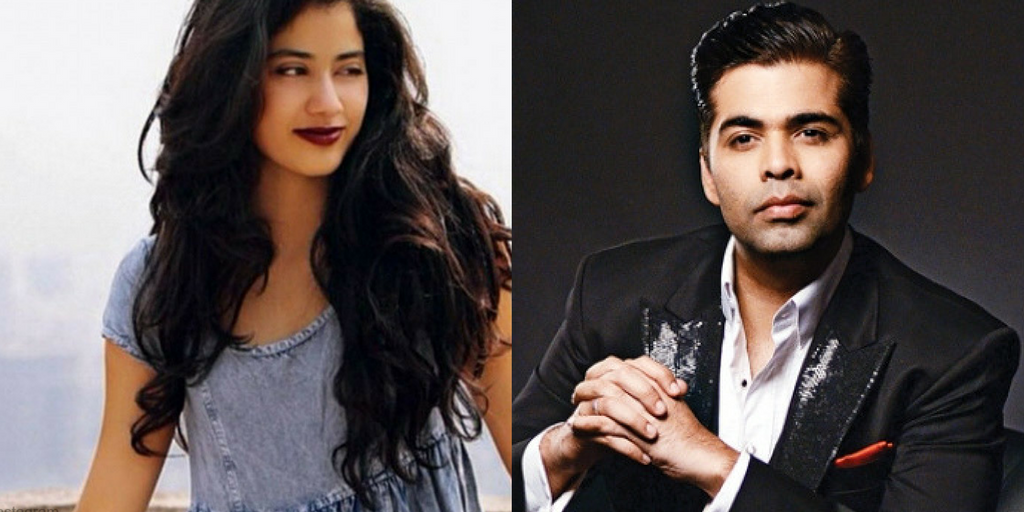 Sridevi’s daughter Jhanvi Kapoor is already a sensation on the internet. Jhanvi, who turned 20 recently, is one of the most- awaited Bollywood debutants of this year. Karan Johar, who is all set to launch her, apparently has something really unusual in store for Jhanvi’s launch. It seems that he wants Jhanvi to stay away from the media, award shows and flashlights until her film releases.

Jhanvi has been taking the internet by storm with her pictures and now we cannot wait to see her sizzle on the big screen. She is likely to make her Bollywood debut with Karan’s ‘Sairat’ remake.

Father Boney Kapoor had even confirmed the news recently saying,

“Yes, Karan has been talking to us about a film for Jhanvi and we’ve given consent. But we don’t know which project it would be. Since Karan has recently acquired the remake rights of ‘Sairat’ it is being presumed that our daughter would be launched in this project.”