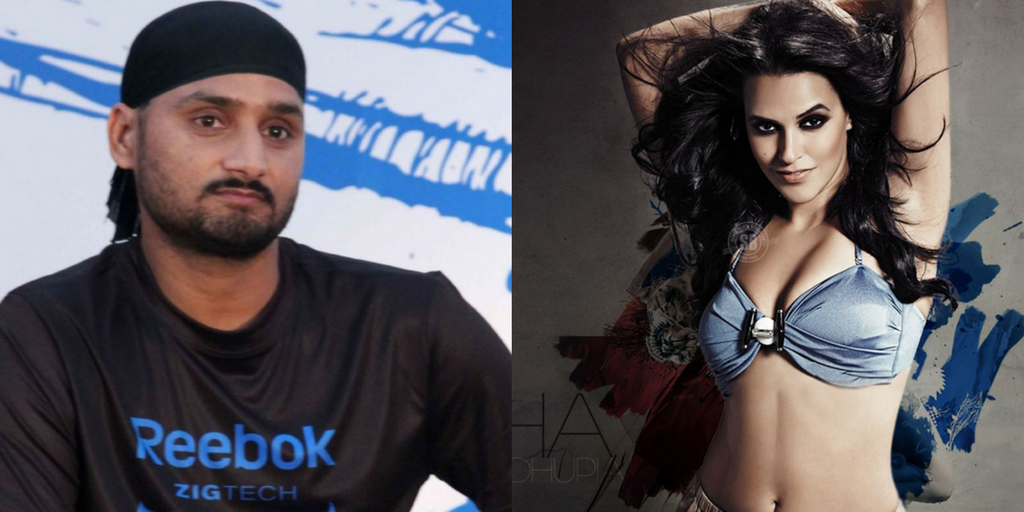 It was earlier reported that former MTV Roadies judge and VJ Nikhil Chinappa replaced Karan Kundra as a judge in the 14th season of the adventure show, Roadies Rising.  Kundra was reportedly ousted from the show after he slapped a contestant.

Now, cricketer Harbhajan Singh, who is a crucial highlight of this season, may also walk out of the show. Singh entered into a heated argument with fellow judge and actor Neha Dhupia while assigning a task to a contestant during the auditions.

With an intention to test the patience of the contestant, the judges – Rannvijay Singha, Prince Narula, Kundra and Dhupia – mutually decided to electrocute him. Neha suggested that they pour water on his feet. At that point, the fifth judge, the cricketer, objected to the task. Despite a heated argument, Neha remained adamant about her suggestion.

The actress said to Harbhajan,

“You can keep throwing googlies at us, but you cannot tell us what to do.”

Reports state that Bhajji staged a walkout. The incident put a question mark on his return to the show.

A source close to MTV said,

“Harbhajan and Neha did have a verbal spat on the show where the cricketer said he would rather leave. It was because of a task given to a contestant by Neha and Harbhajan did not agree to it. However, there is no truth in the fact that he is leaving the show. He is very much there till the end.”