The first teaser poster of ‘Maatr – The Mother’ had already created a buzz.  It features Raveena Tandon in the lead role alongside Madhur Mittal, Divya Jagdale, Shailender Goyal, Anurag Arora, Saheem Khan and Rushad Rana. The movie delves on justice for women, who have been victims of violence and rape.

The makers of the film have released the first look poster of the film. Raveena’s look is revealed in the poster. 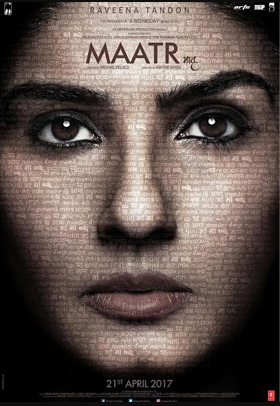 Written by Michael Pellico and directed by Ashtar Sayed, ‘Maatr – The Mother’ is slated to release on 21st April 2017.