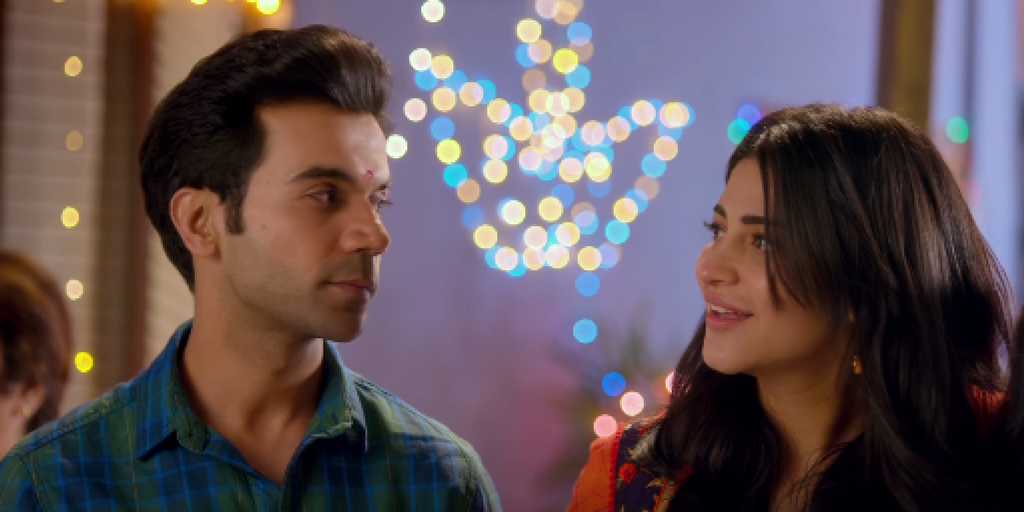 The makers have released its quirky song Jai Maa sung by Sahil Solanki and Jyotica Tangri! Accompanied by Kala Chashma music, the lyrics have been given a twist like-never-before. The video is so much fun you will want to watch it again and again. Shruti and Rajkummar look cute in the song and are a fresh pairing to watch out for.

Check out the video right away!