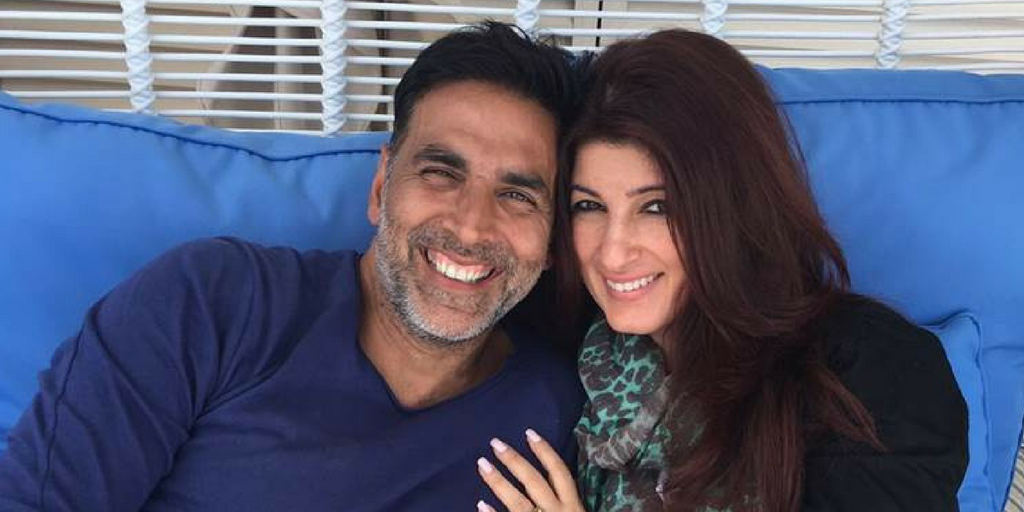 Twinkle Khanna has become a producer with ‘Mrs Funnybones Movies’. Her first film ‘Padman’ stars her hubby Akshay Kumar and Phobia actress Radhika Apte in the lead. But from what we have heard, Akki is going to charge fees for his role in ’Padman’.

Yes! You heard it right!

Akshay Kumar, who is known to give funny and hilarious answers to the media, when asked about his remuneration said,

” If I don’t charge my wife, how will I put rocks on her fingers, and give her holidays to write about (laughs)”.

Talking further about the film he informed,

“I’m actually in my element right now. We just started shooting, with my wife at my side, my kids on her lap and with temples all around. It is a script so worthy that I truly believe every man and woman should watch this film.”

‘Padman’ is based upon the story of a man named Arunachalam Muruganantham, who invented low cost sanitary pad-making machines.