Saiyami Kher who will soon be seen in Rakeysh Omprakash Mehra’s “Mirzyan” recently got a chance to meet her idol Roger Federer in Delhi.  Saiyami who always dreamed of meeting the tennis player found it too surreal and couldn’t believe herself. Kher, like a true fan wore a Roger Federer cap, and was all gung ho about meeting the tennis star. She even took on to the social media to talk about the same, saying, “I can’t believe this is happening. I told him, I’ve just done my first Bollywood film, Mirzya and I’ve dreamt that you and Sachin are watching it together. To which Roger said, ‘Am I dancing in the film?’ Then I explained it to him that he just has to watch the film and agreed to do so.”

Looks like Saiyami has another reason to look forward to her big Bollywood debut. 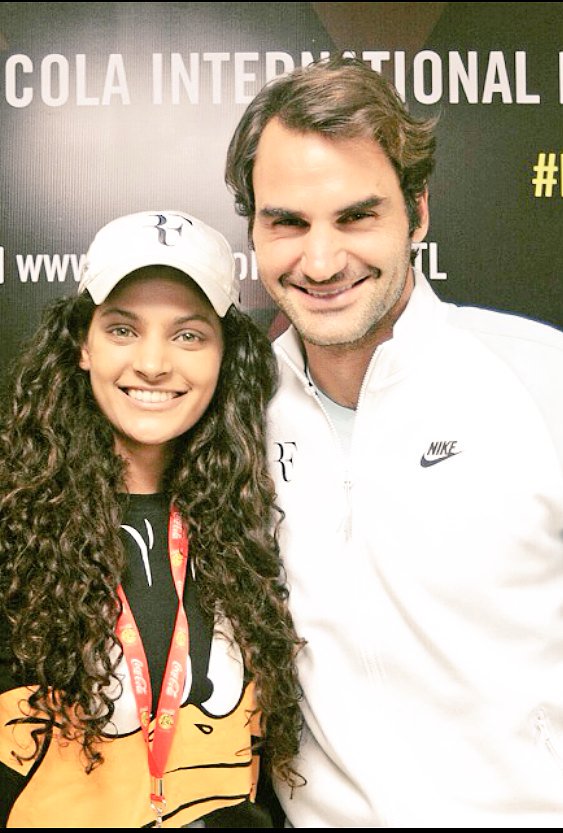