If I had to choose from all Sanjay Leela Bhansali films, Bajirao Mastani would be my all time favorite.

Today I was taken into an era of Peshwa Bajirao and his story of battles, strength, and most importantly love. 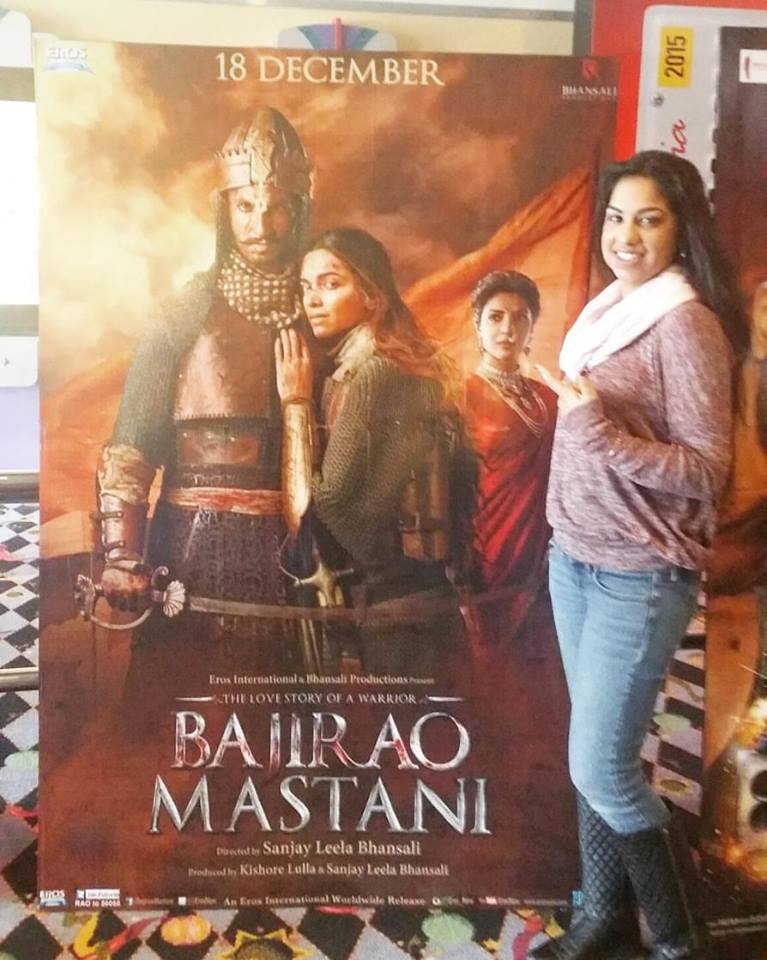 Where do I begin with this rich film?

Director Sanjay Leela Bhansali has the knack to capture period films and the cultures. The costumes, the sets, and most importantly the dialogues. Every actor who delivered their dialogues created a powerful impact with their character and who they were playing. For the two-and-half hours I watched, I didn’t realize I was watching Ranveer Singh, Deepika Padukone, and Priyanka Chopra. I thought I was really watching the entire story of Bajirao, Mastani and Kashibai.

The trio killed it on-screen. They were so mesmerizing and expressive to watch.

There’s no one else who could play the role of Bajirao other than Ranveer Singh. From his appearance, to the battlefield scenes, to his split love for his strength- Kashibai and his love – Mastani. I think Sanjay Leela Bhansali made a wise decision to cast Bollywoods most powerful women of today’s cinema to take lead roles of Kashibai and Mastani. These girls created a glowing effect on screen. Priyanka’s daintiness and painful smile she would convey towards her love Bajirao and Deepika’s high dignity and majestic she displayed for not just her love Bajirao, but for the entire Peshwa empire.

What added to the perfection of this story was the music (by Sanjay Leela Bhansali himself). The music has grown on me while I’ve been listening to it in my car the last few weeks. The classical tunes, and sounds of singers: Shreya Ghoshal, Birju Maharaj, Arijit Singh and Sukhwindar Singh have created a musing old era effect on my drives around town. But then seeing it on celluloid was much more impact, and the song Pinga I was very ‘iffy’ about has totally changed my perception as I am totally in love with this song. And it is far from being compared to a song like Dola Re. They both have their own place.

Bajirao Mastani is a mesmerizing and impeccable film to watch. Even if I tired to pick out a flaw from the film, I’d be lying. This film may not match history word-for-word, but no film ever depicts history like so. There wasn’t a boring moment, in fact every scene of film kept bringing me closer and closer to the edge of my seat.

Check out my favorite track Aayat!