We’ve seen Chris Brown lash out on people on Instagram in the past, but this particular lashing out takes the cake, especially since he dissed his friends’, Kylie and Kendall Jenner’s father, Caitlyn Jenner. The rapper re-posted a rude meme that was originally posted by Snopp Dogg on June 3. Basically, the meme calls Caitlyn Jenner a “science project” and that the world should stop focusing on her transition and pay attention to the “real news” like Akon supplying 600 million Africans with solar power. 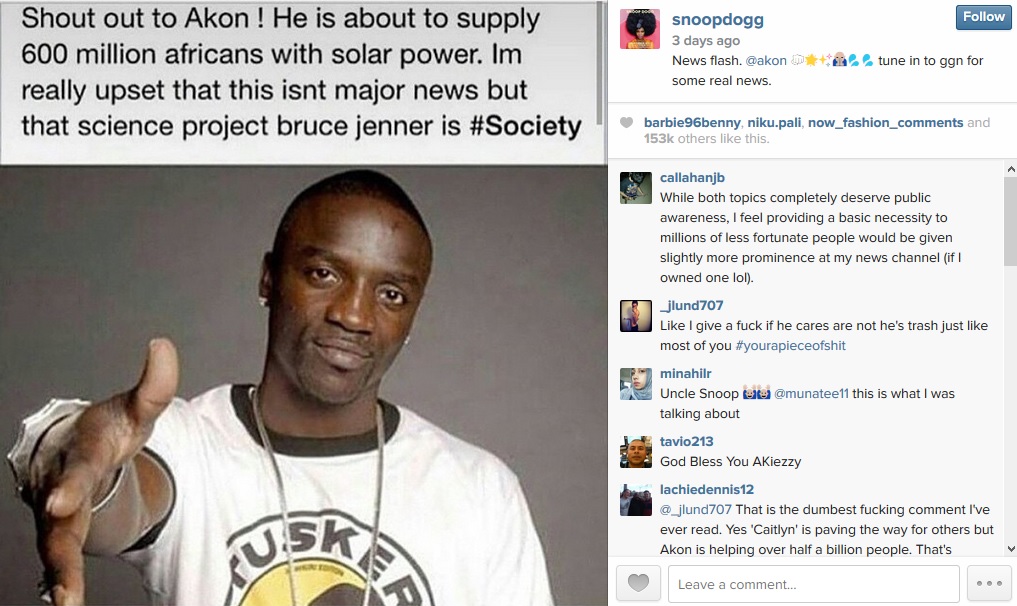 Chris re-posted the image above without a caption. It didn’t take long for Kylie to respond back to him. She posted on Twitter:

State what you want about the world without bashing others. Leave a positive impact 💕

She also left a comment on Chris’ re-post of the meme saying,

“Not very nice to say about your friends dad”

Chris was quick to delete the re-post from his Instagram account, but it seems the damage is already done. What are your thoughts on this? Sound off in the comment section below.